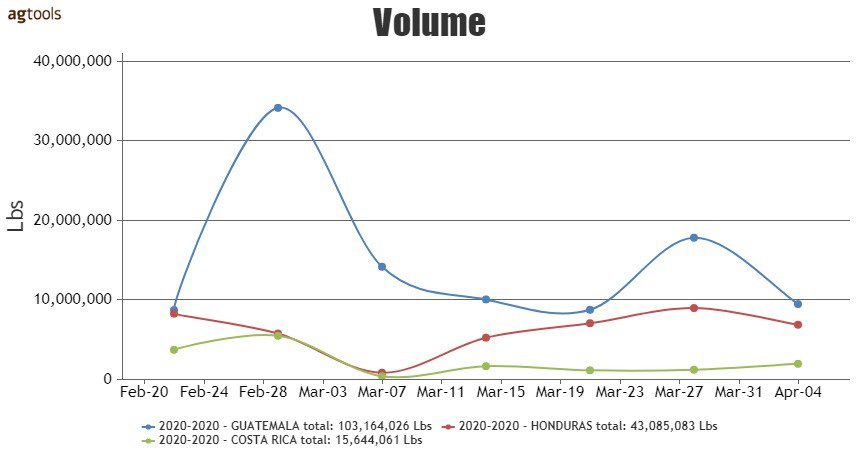 Imported cantaloupes saw strong volumes and a rising market until a mid-March crash caused by the COVID-19 pandemic.

Prices seem to have stabilized my mid-April as cantaloupes transition from imports to domestic supplies in the next month. 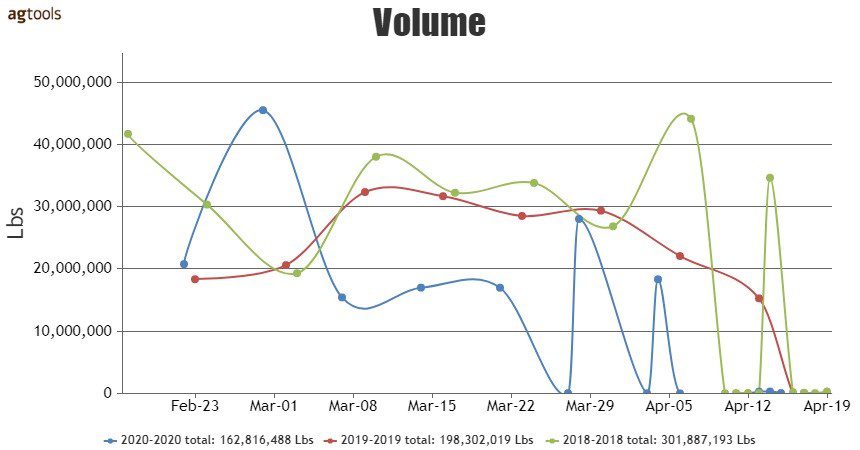 From the end of February through the beginning of March, volume increased substantially, compared to the previous two years. But the mid-March pandemic response across the country caused volumes to drop significantly, said Raúl López, an agronomist at Agtools.

The majority of the volume came from three regions: Guatemala – 63 percent, Honduras – 26 percent and Costa Rica – 10 percent. Guatemala saw the largest decline in volume beginning the second week of March, while both Honduras and Costa Rica remained relatively stable.

The first part of 2020, F.O.B. prices were slightly lower than 2019 going into March but experienced a marked increase in mid-March, to a level considerably higher than 2019, Lopez said. My mid-April, the market appears to have stabilized with prices substantially lower than 2019.