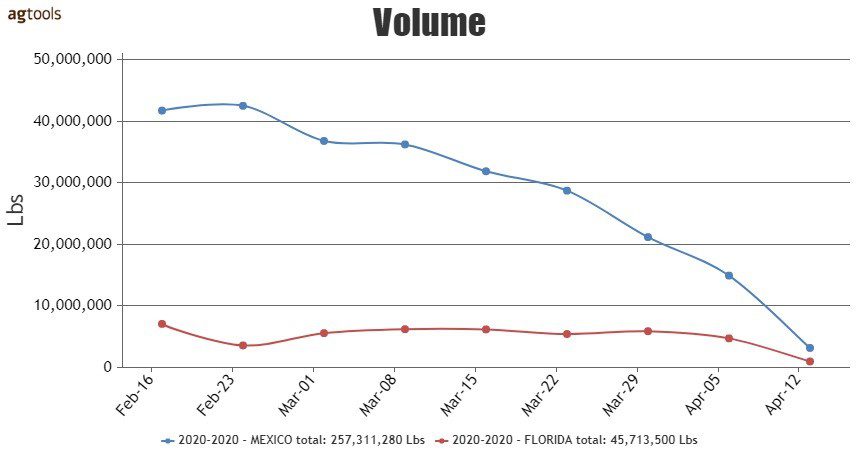 Bell pepper prices dropped in half after the mid-March stay-at-home orders forced restaurants and institutions to close and consumers shifted almost exclusively to retail.

Volume has dropped off considerably in the last month, reflecting the weaker demand but also a shift in growing regions.

The bell pepper market showed strength from mid-February to mid-March, as F.O.B. prices increased consistently, with Mexican product reaching their peak at about $30 per carton in mid-March.

But then as the COVID-19 pandemic set in, prices dropped to about $10 per carton from both Mexico and Florida, which is where they remain in mid-April, said Raúl López, an agronomist at Agtools.

Prices at the Atlanta Terminal Market in February presented a stability and trend in 2020 very similar to 2019, Lopez said. Prices rose in March just like last year, but Florida and Mexican peppers dropped nearly in half from mid-March to mid-April, unlike the stability of the 2019 market. 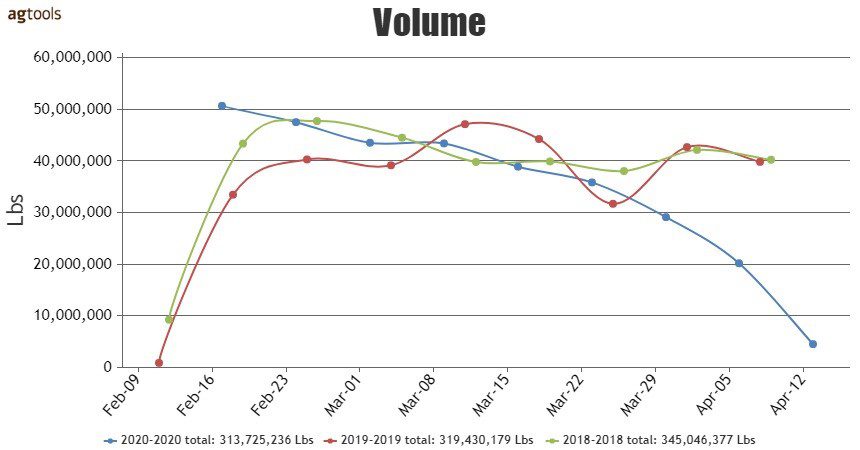 In the last two months, we can see a very pronounced downward volume trend, with an accelerating decline starting on March 29, Lopez said.

“This volume decrease is very different from that of previous years,” he said. “The current trend reflects very little volume in the industry.”

From February 17 to April 14, bell pepper volume came mostly from two sources: 82 percent from Mexico and 15 percent from Florida. The graph shows a consistent market decline each week for the Mexican product, while the drop of the Florida product is much less pronounced.