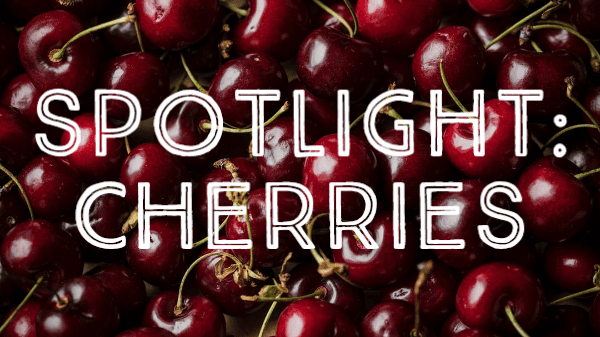 The 2019 season in the Northwest saw near-record harvests with outstanding quality.

However, a less than stellar season was reported by Kathryn Klein, vice president at Hood River Cherry Company BB #:170470 in Hood River, OR. “We lost maybe 25 percent of our revenue last year. We had a great set, but right before we harvested our Bings, we received a lot of rain.

“Here in the Hood River Valley, we’re always looking for cherries that are more rain resistant,” Klein says. “So, we’ll be planting the Regina variety, which can better withstand wet conditions and travels well like Bings.”

Season-Stretchers
Like their California counterparts, growers in the Northwest are looking to prolong the season—and why not? Consumers love cherries and so do retailers.

“Cherries are very profitable for retailers,” Bohm says. “They’re one of the highest grossing items in the produce department.”

For Washington growers, extending the season means shipping from mid-June through August, and even into early September.

“We’re extending our crop on the front and back ends,” explains Preacher, which means it’s more important than ever to “have varieties at the right place at the right time. We cultivate trees all over the Yakima Valley from elevations of 200 to 3,000 feet to help maximize the season. This facilitates consistent supply from June through August, enabling retailers to have cherries in stock for a longer period.

“Additionally, we’re better able to meet global demand,” he adds. “We’ve shifted varieties and planted more Champagne Coral, an early season very large cherry, replacing some of the Chelan and Bings—which don’t have the size or the yield of the Corals.”

At CMI Orchards, a partnership with Stemilt Growers, LLC, also out of Wenatchee, is top of mind. The two joined forces to grow and market the trademarked Skyler Rae cherry.

Bohm says the Skyler Rae, the result of chance seedling cultivated in Wenatchee by Tip Top Orchards, is a “firm, crisp, bicolor cherry with incredible flavor and more red blush than a Rainier.” Grown by Columbia Fruit Packers, Inc., one of CMI’s owner groups, Bohm says the Skylar Rae will be available in mid-June.

“We’re constantly testing new varieties,” she continues. “Gold Stone is a brand by McDougall & Sons, Inc., one of CMI’s owner groups. The McDougalls established the Gold Stone label for yellow cherries that meet the highest quality standards for taste and texture.”

According to Bohm, the McDougalls are also responsible for bringing the Ambrosia apple to the United States, which she cites as eighth in nationwide apple sales. “They have a magic touch,” she says.

Ray Norwood, director of sales and marketing for Gee Whiz II, LLC BB #:363320 in Orondo, WA, says, “We want to grow the best tasting and most grower-friendly fruit possible, so we’re currently planting Rainier and Cristalina cherries, which are very productive. Harvest timing is also a major factor of what and where we plant.”

Mac Riggan, marketing director for Chelan Fresh Marketing in Chelan, WA, BB #:170403 concurs. “We plant both our conventional and organic cherries at various elevations from the Yakima Valley to the Canadian border to extend the season. You need to have the right cherry for the site. The Orondo Ruby variety is exclusive to us and available late June to early July. It’s the Honeycrisp of cherries— great tasting like a Rainier, with a more solid blush.”

This is a multi-part feature adapted from the Cherries Spotlight of the March/April 2020 issue of Produce Blueprints.