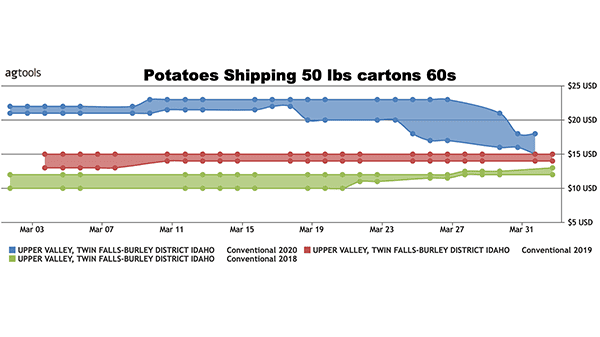 As millions of Americans were told to shelter-in-place in mid-March and grocery stores because one of the few food outlets available to them, people bought food at amazing levels.

Potatoes and onions were among the items that saw huge demand, and the supply chain was in place to fill it. However, when March came to a close, demand for these two items dropped sharply, causing prices to fall.

Potatoes and onions are also more vulnerable to price and demand swings as they are strong in foodservice, many of which are not available, and they store well for consumers, so they’re not as quick to replenish supplies.

Blue Book has teamed with Agtools Inc., the data analytic service for the produce industry, for a look at volume and Price trends for potatoes and onions over the past month.

F.o.b.s were well over $20 per carton throughout the month, but in the past week or so, demand has fallen along with prices.

“As potatoes can be stored well, we can expect an increase in price once payday is passed and the demand returns,” she says. 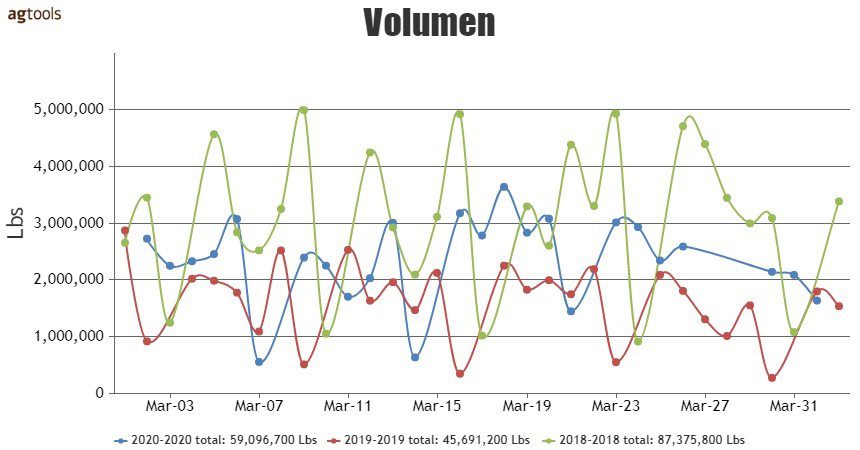 Potatoes are a product with minimal elasticity, Montoya says.

“Although they are more elastic than onions, potatoes are not as elastic as other products because they are good for storage,” she says. “The demand in 2020 has been stable except at the end of the month. There we observe a slight reduction tendency, though not enough to alarm the market. There could well be an increase in April after pay days. Those same tendencies were observed in 2019.” 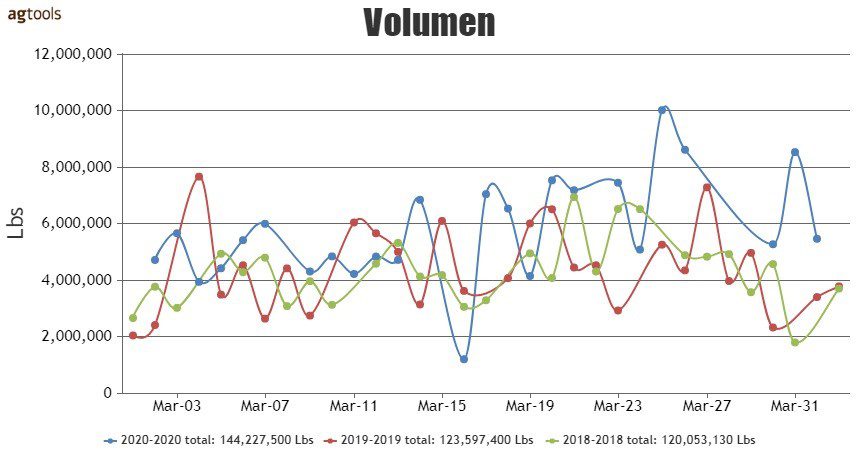 “In the case of potatoes from Colorado, in mid-month we see an increase in demand that reaches a high point on the 25th followed by a slight decrease,” Montoya says. “This same pattern can be seen in the other years. It will be interesting to see in a few days if the trend changes after payday.”

After volume and demand surges in mid-March, both have dropped as March closed.

“Normal pricing is observed during the first half of the month,” Montoya says. “This is very traditional. Because of its consistency, this product has a stable market and demand. This product has the advantage of being able to be stored under certain conditions. One can also observe that the onion from Mexico has a slightly higher price which can be attributed to the product being fresher, while the other growing regions may be shipping products from storage.” 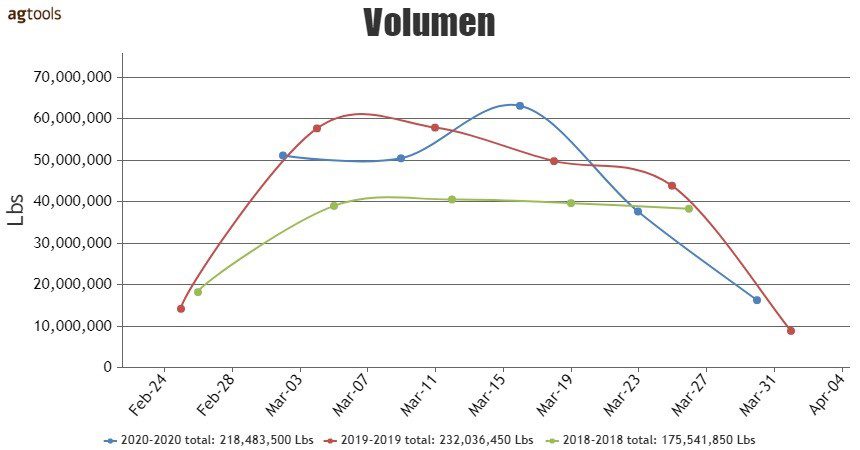 The last two weeks of March saw a drop in onion shipments.

“In terms of volume, at the beginning of the month, we observe more demand than in 2018, but less than in 2019,” Montoya says. “As yellow onions have minimal elasticity, the price increase in the middle of the month in 2020 is insignificant and once the panic buying passed, the demand normalized as the yellow onions can be stored for relatively extended periods.”