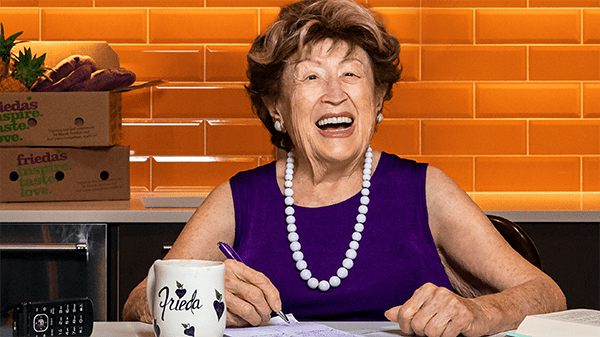 It is with a very heavy heart that we share that our Mom, Frieda Rapoport Caplan, passed away early this morning at her home. She was 96.

As you know, she fell and broke her leg in June and had been recuperating at home since then.  It was only in the last few weeks that she started declining rapidly. She was such a remarkable woman, and was still very mentally sharp until the very end.  As you can imagine, she continued to ask us daily “what good things happened at Frieda’s today” since she couldn’t go to the office any longer.

Tributes to her legacy and influence, both in the produce industry and the business world at large, were shared throughout the weekend. The Los Angeles Times remembered Caplan as “the marketing genius who galvanized the California farm industry and almost singlehandedly created fruit and vegetable trends.”

CBS’s Sunday Morning news magazine aired a segment on Frieda, filmed in November, on January 19 in her honor: