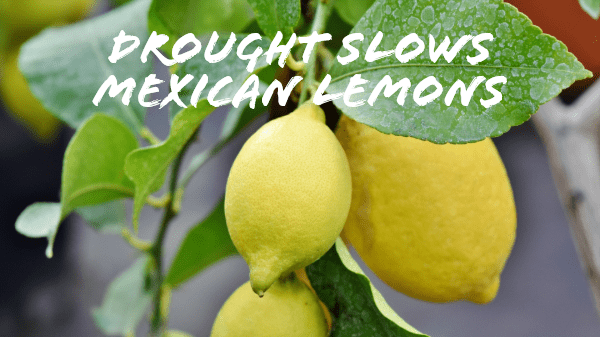 In another area of the world affected by drought, this time Tamaulipas, Mexico, lemon production has been hurt by the lack of rain during the first half of 2019.

Javier Ibarra Echartea, a representative for the citrus growers, reported to La Verdad de Tamaulipas, a Mexican news agency the state of Tamaulipas, which borders Texas just south of McAllen, that prices for lemons, also called Italian limes, have plummeted, and it has been hard to export the product to the United States.

The drought has also affected the ability of being able to supply the sizes that customers in the United States have asked for, with the citrus failing to size up even though drip irrigation and sprinklers have been used.

The majority of the lemons produced in Tamaulipas are destined for the United States, but given recent conditions, producers in that area have already begun looking for other market alternatives such as Asia.

Correction: Because of a translation error, an earlier version of this story referred to a different citrus fruit.