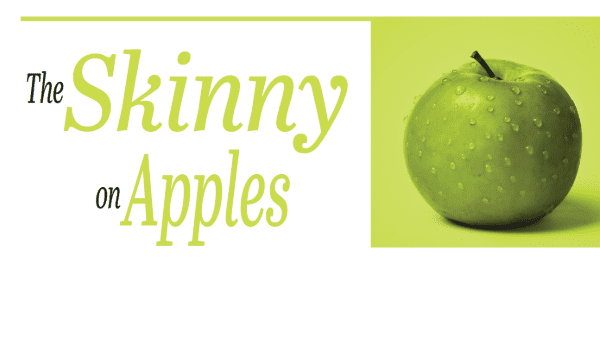 Northwest happenings
In the Northwest’s nutrient-rich soil, an arid climate and abundance of water make conditions ideal for growing mouthwatering apples. The proof comes from the sheer number of conventional and organic varieties grown in the area.

According to the Washington Apple Commission, the state grows 50 different varieties, including the perennially popular Honeycrisp as well as the new Cosmic Crisp.

In addition to Washington, ideal growing conditions are also found in the southwestern portion of Idaho, near Boise; in the Fraser Valley of British Columbia; and in three different areas in Oregon—the Willamette Valley (which is also superb wine country), the mid-Columbia Valley, and Milton-Freewater, on the eastern side of the state.

More than one variety can grow well in a single region. For example, Rainier Fruit Company produces Gala, Fuji, Granny Smith, Pink Lady, Honeycrisp, and Lady Alice in both conventional and organic categories.

“We also have conventional Jazz and Envy, some of which will transition into organic,” said Andy Tudor, vice president of business development for Rainier Fruit Company in Yakima, WA. BB #:113453

“In 2019, Gala will be our top volume variety, followed by Honeycrisp, in both conventional and organic.”

Midwest occurrences
The same attributes found in the Pacific Northwest—including rich soil, the right climate, and plenty of water—also make the Midwest a prominent producer of the Malus domestica species.

But the bodies of water here that contribute to a robust, tasty crop are lakes, not rivers—mainly the Great Lakes.

Although the land and water may be ideal, Midwestern growers do need to watch the weather carefully. Despite a very wet spring and volatile early summer, growers were still hoping for good yields. And like everyone else, they also seek the perfect apple.

In a short video on FruitGrowerNews.com, Bill Dodd, executive director of the Midwest Apple Improvement Association (MAIA), talks about his pride and joy: not Cosmic Crisp but Ludacrisp.

Ludacrisp, a pollenated Honeycrisp, will appear in limited supply this year, but with more prevalence in 2020. The MAIA group also has developed Rosalee, another variety ready for harvest about the same time as Red Delicious, to fill gaps in the Midwestern season.

New York news
In 2018 New York state, the second-largest producer in the nation, boasted a harvest of 31 million 42-pound cartons of apples, slightly more than the five-year average, according Cynthia Haskins, president of the New York Apple Association, BB #:153673 based in upstate Fishers, NY, near Rochester.

McIntosh, Empire, and Red Delicious traditionally lead production, but she reiterates that the state grows “one of the largest arrays of varieties on the market today.”

The New York Apple Association also launched a new look and feel last fall with its Apples from New York brand. The organization promoted the new brand as part of its continuing sponsorship of the famed New York City Marathon, held in November.

Last year, the Association ran television commercials on the days leading up to and on the day of the marathon, which reached millions around the world.

Haskins is excited about this year’s promotions, including new point-of-sale displays at retailers, which she says complement tote and poly bags, as well as usage guides, new recipes, and more for consumers.