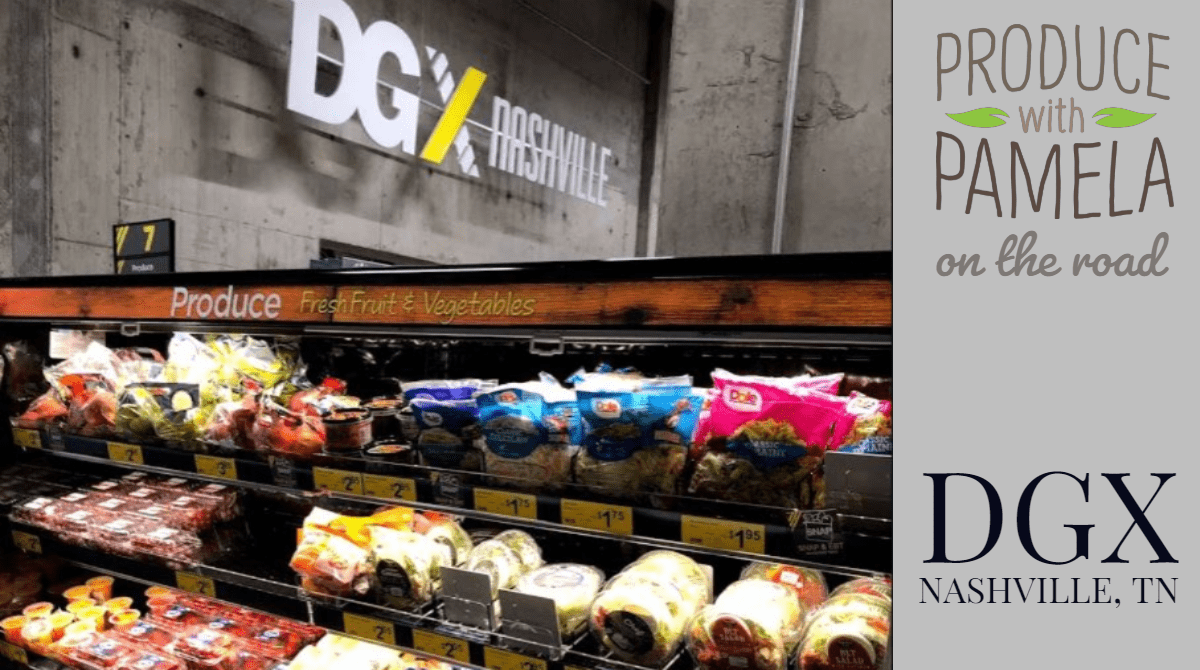 NASHVILLE—What if Amazon Go was a full convenience store, with food that people actually wanted to buy?

That’s what I thought of Goodlettsville, TN-based Dollar General’s BB #:172794 newest DGX store in Downtown Nashville. This just opened this summer, and is promoting its fresh produce options heavily, with a nifty flag out front and big signs by the registers.

I visited another DGX location in Nashville the day before over by Vanderbilt University, but found no produce – only a fantastic selection of beer. Go figure.

This format launched in 2017 as a Millennial-focused, scaled-down urban setting, and ten more reportedly are slated to open in 2019. The produce department present in the store I visited looks a lot like the mockups I’ve seen from the company’s DG Traditional Plus remodels. To date, about 550 of Dollar General’s 16,000+ stores have fresh produce. This is a trend to watch, as Dollar General executives keep saying remodels with fresh produce outperform traditional stores.

I’ve seen Dollar General Market, a larger banner with a full fresh produce department, so I was very curious to see what the scaled down version looked like in action.

I wasn’t disappointed. Altogether, there was about 20 feet of fresh produce options, from salads in the grab-and-go meal section to a modest reefer case and about 6 feet of unrefrigerated fresh produce.

It had everything you’d need in an urban setting. There were bananas, berries, apples, salads, avocados, tomatoes, lemon and lime juice, potatoes, cucumbers, lettuce, grapes – all of a produce department’s greatest hits. The only one that was a miss was the pouch bag stone fruit that wasn’t having a good time in the cooler.

And it has Dollar General’s own DG GO self-checkout technology.