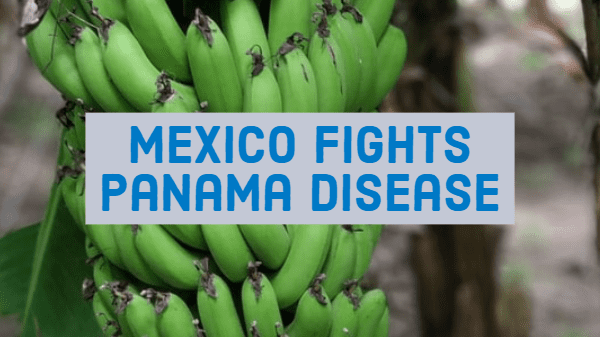 In an article published by Mexico’s Ministry of Agriculture and Rural Development (Sader), the National Health Service, Food Safety Quality (Senasica) stated that out of the 183 countries that are a part of the International Plant Protection Convention, Mexico has one of the 20 best epidemiological surveillance schemes in the world.

Proof of that is that no country has closed its borders during the fight against the Mediterranean fly outbreak that occurred in Manzanillo, Colima, and is currently in the eradication phase.

Senasica technicians carried out a simulation to show the protocol that should be followed in the case of reports of suspected cases of the TR4. They pointed out that producers must inform Senasica when they detect suspicious cases, using a digital tool that is monitored in real time by the Sader.

Regarding other commodities, Sader and the government of state of Colima will implement schemes that eliminate abandoned orchards in order to advance in the actions for the control of pests in avocados.

Trujillo Arriaga stated that inspection points will also be installed in strategic areas in order to regulate the mobilization of the fruit.

The director of Senasica suggested that growers collaborate to combat the black weevil that affects coconuts and to contribute to reinforce monitoring and verification mechanisms in order to improve production.