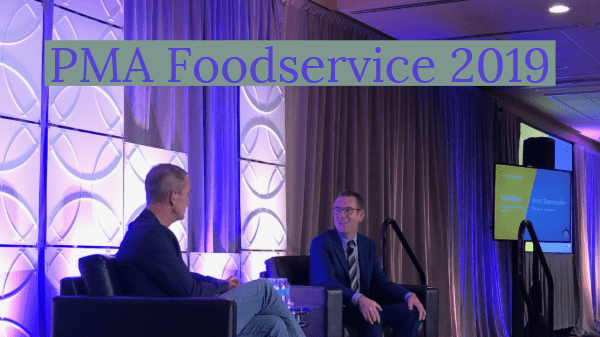 MONTEREY, CA — People go to restaurants to try something new.

Exhibitors at the Produce Marketing Association’s BB #:153708 annual foodservice expo July 26-27 want to wow the buyers attending with a new product or technology that they can surprise their customers with.

Keynote speaker Ted Allen, host of Food Network hit Chopped, explained that the essence of the show is to surprise the chef contestants and viewers.

“We have to expose people to new things and new products, and that’s not a small thing,” he said July 26. “That’s a big thing!”

He said with all the global cuisine in the U.S. now, people get to experience new foods and dishes any time they want.

“There’s never been a better time than now for food in America,” he said.

Allen said Chopped has been an unexpected success in part because it captures viewers’ desire to see competition and drama and new twists to known ingredients.

He said for example, shishito peppers are trendy, but most people simply sauté them in oil and garlic, but the chef who will win on chopped will use them in a pesto or slaw.

“A ‘chopped move’ is to make it unexpected,” he said.

He admitted many people thought of the Food Network as a joke, but it has caught on because people love food and love games.

“Half our viewers don’t even cook,” Allen said.

He said Chopped uses fruits and vegetables because they can be versatile and flavorful, but he said the show doesn’t promote them as health food.

“It’s not our job to teach healthful eating,” Allen said. “We entertain, but we can sneak innovative fruits and vegetables into dishes.”

He said it all works because it’s real on the show.

That’s where fresh produce can shine and innovate.