As difficult as it is to grow cherries, it’s even tougher to grow them organically.

Cherry grower-shippers say consumer demand is growing every year, but most of them are simply unable to supply that demand. 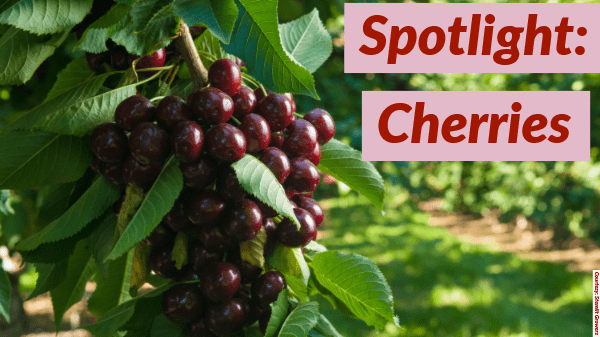 James Michael, vice president of marketing for North America for the commission, said organic cherry volume increased 26 percent from 2017 to 2018 and represent 3 percent of the northwest crop.

Brianna Shales, communications manager for Stemilt Growers, LLC, Wenatchee, WA, BB #:113654 said Stemilt is one of the largest organic cherry shippers, and the company would like to be larger.
“We’re big but still just about 10 percent,” she said. “They’re just really hard to grow.”

“I think we’ll continue to see interest in organic cherries,” he said. “We’re relatively less than apples and pears. It’s 2-5 percent for us depending on the year. We have retailers who want organic either as the primary or secondary item.”

“They’re very hard to grow and control the fungus,” he said. “It’s not like growing organic apples.”

He also said price points at retail are so high they turn off many consumers.

“While there is some demand, we haven’t seen as rapid increase in demand as we have on apples and pears,” he said.