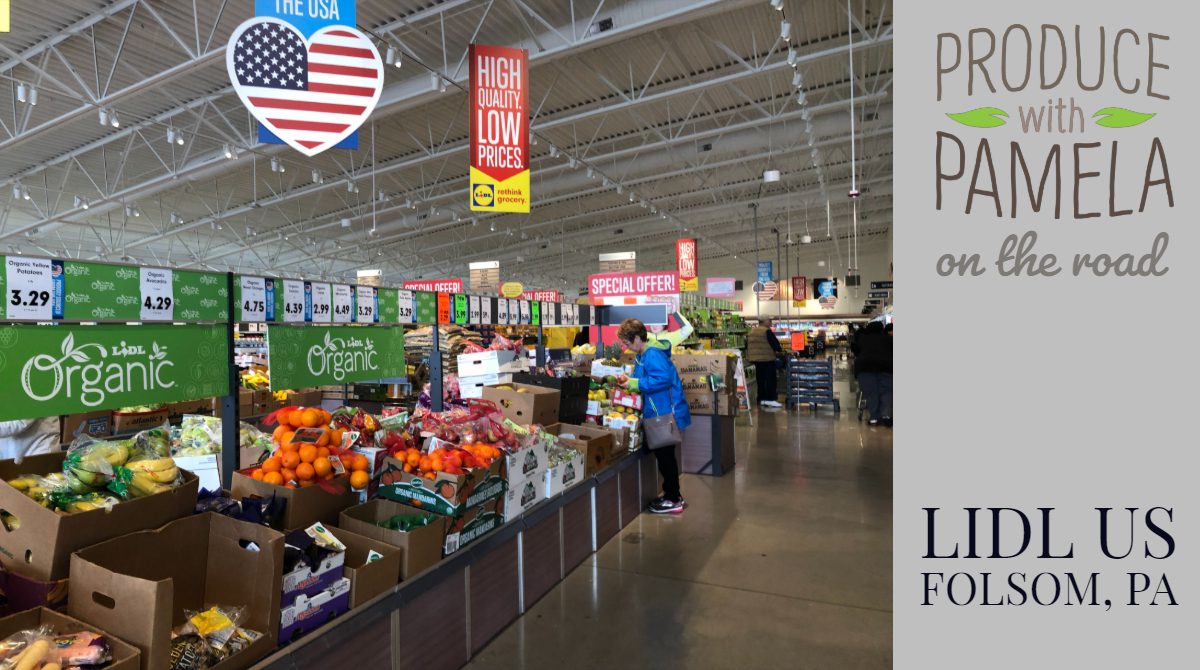 FOLSOM, PA—I’ve been to a lot of Lidls. A lot. And I can give you a handy word of advice as someone who can speak about six sentences in German. It rhymes with beetle. There. You’re welcome.

I dragged my husband through a sketchy neighborhood in Berlin in 2013 to see my first Lidl while we were there for Fruit Logistica. When I heard Lidl was coming to the U.S. a few years back, I made a point to visit every one I could.

This means I dragged my friends and family on searches for Lidls (and every other kind of grocer, of course!) in Italy, Switzerland, Germany and even Croatia. We drove through Liechtenstein a couple of times. If there had been a Lidl, we would have stopped at that one, too.

But when they opened in 2017 on the East Coast, I couldn’t find a way to make it work with my travel schedule.

And during my DIY Retail Tour following the PMA Fresh Connections Retail event in Philadelphia, I found my target. This store in Folsom opened on Dec. 5.

It was not only larger than I expected – about 30% bigger than the stores I saw in Europe – it had more staff, more produce and just…more.

The “Treasure Hunt” section of promotional items like garden hoes and Easter candy was way larger than a similar section at Aldi.

I’ve heard a lot of chatter about what Lidl is doing wrong – and right – in the U.S. This seems like one of their larger formats, and I’ve read Lidl may size these stores down to fit a more urban concept.

All eyes are on Long Island, NY, as Lidl prepares to move forward with openings of more than two dozen Best Market locations over the next two to three years, according to the Supermarket News.

For now, have a look around Lidl US.