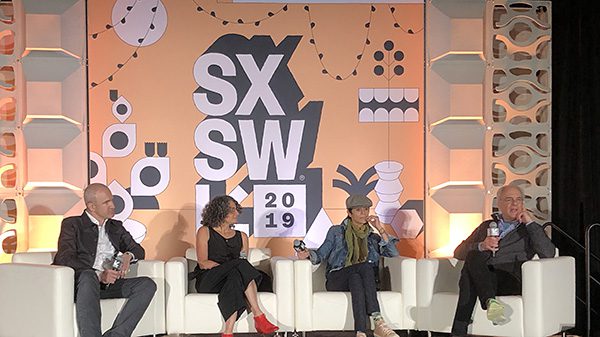 AUSTIN, TX—As someone who has lived in the Austin area full time for nearly two decades, I’ve treated the annual South by Southwest conference with a local’s disdain and avoidance.

The traffic. The crowds. The people.

But I can’t avoid it anymore. Produce must be part of the conversation. I can’t imagine how representatives from the Produce Marketing Association felt the first time they went to the event and listened to what people have to say about our industry.

It’s not that we don’t hear criticism and misinformation about the produce industry – often, from a lot of different viewpoints – but it must be incredibly frustrating to hear it from a conference that’s all about the global discussion of the future of … pretty much everything.

It’s good that produce industry leaders participating in the Center for Growing Talent’s Executive Leadership Experience were here to hear, first hand, how one panel — in a massive ballroom simulcast online – basically threw Salinas, CA, and the fresh produce industry, under the bus.

Matt Barnard, co-founder and CEO of Plenty, a San Francisco-based vertical farming operation, said he talked with “one of the largest growers in the Salinas Valley of California,” about the business:

“He said to me that we can’t imagine a world where demand drives supply. We don’t have the option. We have data from consumers that tells us we shouldn’t even be growing iceberg lettuce, and yet it is the largest cash crop in fruits and vegetables in the United States of America because it’s a tank in the field. It withstands whatever the environment throws at it…it has no flavor, no nutrition and that’s the thing that gives us certainty in an uncertain production environment.”

Barnard said the grower told him the data shows “people like things like radicchio and arugula,” but that growers can’t produce it because it’s too difficult in the field.

The problem with this?

It’s not sure whether the argument is right or wrong – whether iceberg really is the biggest cash crop in the U.S., or whether consumers would rather have radicchio (something I highly doubt, personally), it’s that this guy is telling the whole produce story, on the international stage.

I was glad to see that PMA put together a panel on how we need to do more to increase consumption of fresh fruits and vegetables. It’s a start, but there’s so much more opportunity, even beyond what happens here in Austin at SXSW.

We all need to push our way out of our comfortable produce community and join the broader discussions where they are happening.