Remember pulling into a gas station when an attendant would pump your gas, check oil and tire pressure, and clean the windows? Or going inside a bank to have a teller cash your paycheck? 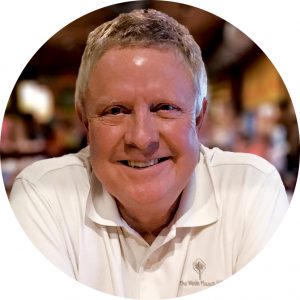 I also remember buying record albums and CDs to play music—or standing in line at Blockbuster to rent a video. And phones were actually plugged into the wall! While my kids can relate to some of this, I get the most peculiar look from my grandkids when I mention these anecdotes. Their biggest question is “Why?”

If I’m around to see great grandchildren, I’ll also tell them once upon a time, there was a person called a “cashier” who rang up purchases in a store, put them in a bag (paper or plastic), and took this thing called “money” to complete the transaction. And a dime gets you a dollar if the first question isn’t “Why?”

Self-service checkouts have proliferated to the point where it’s almost annoying to have to deal with a cashier. Not that the person is annoying, but I’m already asking myself “Why?”

Amazon has gone a step further opening stores where you can complete all transactions via phone. You scan items as you select them, then technology adds it up, debits your account, and you’re on your way. It’s a safe bet cashiers will soon be relegated to a “boutique” shopping experience.

The entire spectrum of retail is evolving before our eyes, and the most interesting thing is that technology is ahead of social adaptation. Technology is empowering users like never before, with processing speed, wireless communication, and social media playing a huge role in people taking control of their activities.

Margins continue to pressure retailers to find ways to leverage expenses. When it comes to rising wages, this results in a natural tendency to reduce bodies. Take the idea of the minimum wage increasing to $15 per hour—while I understand the thought process and political equity in such a move, who eats the increase in expenses?

McDonald’s provides a good example: raise wages to $15 per hour and customers can either pay more for a Big Mac or order that sandwich via a kiosk. Keep in mind, kiosks don’t call in sick, take time off, require medical insurance, etc. I’m thinking if Walmart can figure out a way for bees to pollinate crops, technology will continue to replace people in routine tasks.

Immigration restrictions also play a key role. Regardless of your political view, objective analysis says immigration plays an accretive role in the economy. In many industries, including retail supermarkets, immigrants work in positions that are often difficult to fill.

Why do you think there’s a huge move to develop driverless trucks, buses, and taxis? There are not enough drivers. At the time of this writing, unemployment was at its lowest point in 18 years. Now to be sure, that’s a marvelous achievement—but it also presents a new series of challenges.

Welcome to the world of full employment! We simply don’t have enough people for all the open jobs, especially in the service sector. So, automation is the logical evolutionary step to address it.

The whole area of robotics is simply exploding, with retail stores in the crosshairs. Production agriculture is no exception. Any place where routine jobs are currently being accomplished by people is being examined.

And as society evolves to take advantage of the strides in technology, many of the positions we see today will simply go by the wayside. And if we look, it’s already happening.

Bruce Peterson is the founder and president of Peterson Insights, Inc., a consulting company specializing in the complex challenges of the fresh food industry. Peterson began his career bagging groceries, and went on to work for several supermarket chains, including 17 years at Walmart Stores, Inc. He has owned and operated a wholesale produce company, and served as chief executive officer of both Naturipe Foods LLC and Bland Farms.