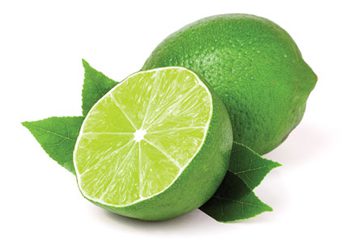 Lime prices from Mexico have risen in the past few weeks, and suppliers say they could double by Easter, in two months.

Sparky Northcross, salesman for Produce Connection, Edinburg, TX, said Mexican lime growers are between crops now, and the larger fruit is still available from the earlier crop, which keeps their prices a little lower.

He said it’s not unusual for lime prices to increase in March and April, but this year might see an extra jump.

Flores said suppliers aren’t sure why there isn’t more volume, even with the cool weather and rain.

“This time of year, the market gets more active, but usually not as high as $40,” he said.

A spokesman for New Limeco LLC, Princeton, FL, also said he predicts prices head up to $40 per carton by April.

He said Mexico started the year producing larger sizes, and those are nearly finished working their way through the market, but the new crop is starting slow with low volumes. He predicted low volumes and high prices for the next three to four months.

Flores wrote in a Pro-Act crop report February 20: “Weekly volumes continue to decrease on trucks crossing the border, and lime market is getting active. The market has started creeping up, and there is an imbalance in the U.S. selling price and the field prices in Mexico. The market here is not rising fast enough to keep up with the rising field prices due to inventories at the border. In other words, it is costing more to buy the limes in Mexico than the general spot market is willing to pay in the USA.”

“There has been and still is a lot of larger sizes available, but this is about to change when this last flush of fruit cleans up. The fruit that will be picked going forward will start to shift toward smaller sizes. We expect by the end of February large sizes will see a large premium over smaller sizes.”