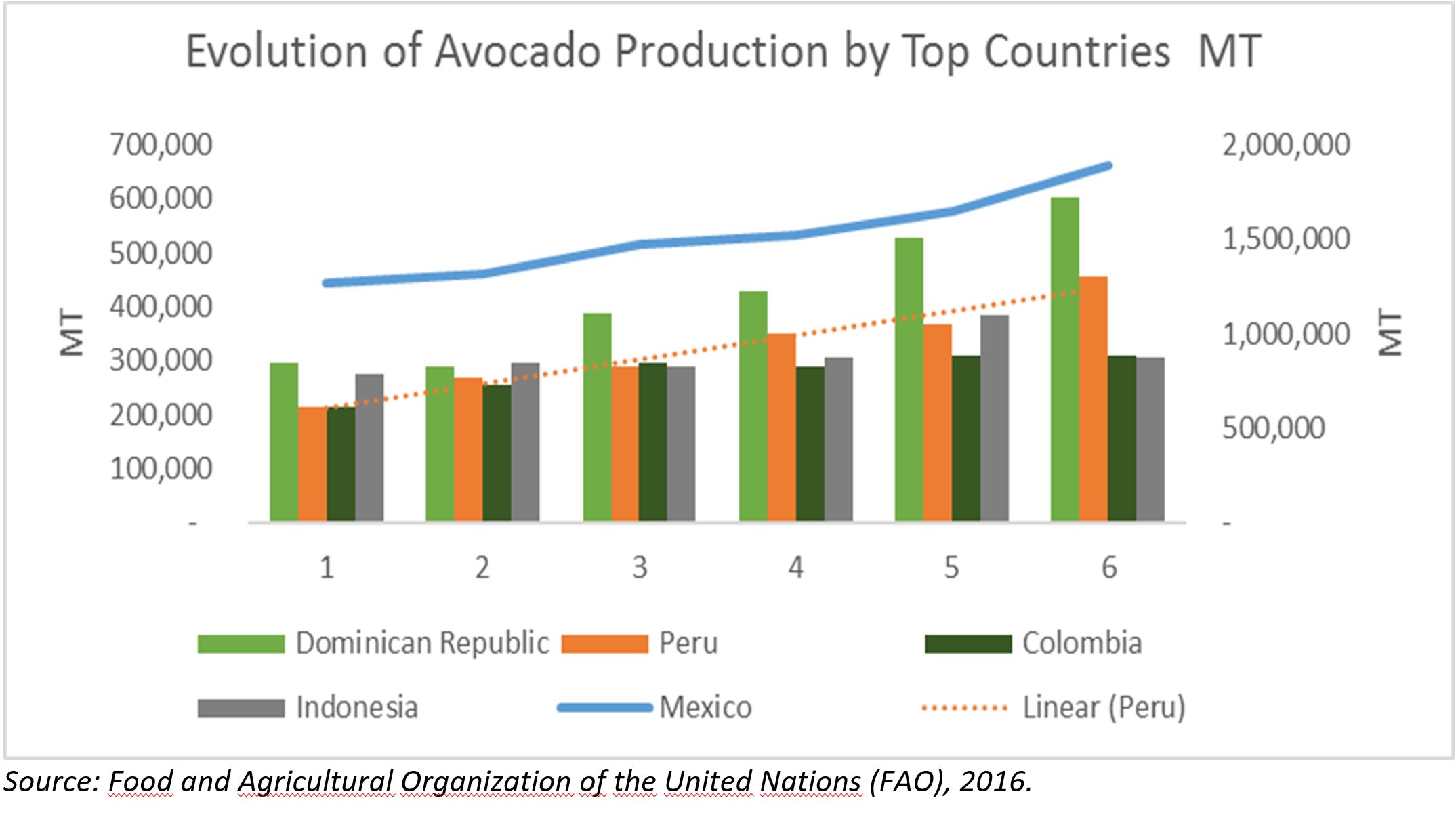 Source: Food and Agricultural Organization of the United Nations (FAO), 2016.

Avocados are more than for guacamole now, as they are the breakfast choice of health enthusiasts and a typical part of many North American diets. Per capita fresh avocado consumption has risen exponentially in the last decade, with Hispanic household purchases averaging $33.45 or 120 avocados per year, and non-Hispanic households purchasing an average of 76 avocados or spending about $22.69 per year.

Before the North American Free Trade Association, during the 1980s and 1990s, the California Avocado Commission championed the use of avocados for guacamole dip during the Super Bowl and Cinco de Mayo, capturing the interest of supermarkets, bars, and restaurants during the California avocado harvesting season.

Later, in 2003, the Hass Avocado Board was created to manage promotion of the rising supply of avocados entering the United States from Mexico to create year-round supply.

Of all the avocados produced in the world, 77 percent are consumed locally, with 33 percent exported. Mexico consumed over half of its production (51 percent) in 2016, while the Dominican Republic consumed 98 percent, Peru consumed 57 percent, Colombia 94 percent, and Indonesia 100 percent of its total production.