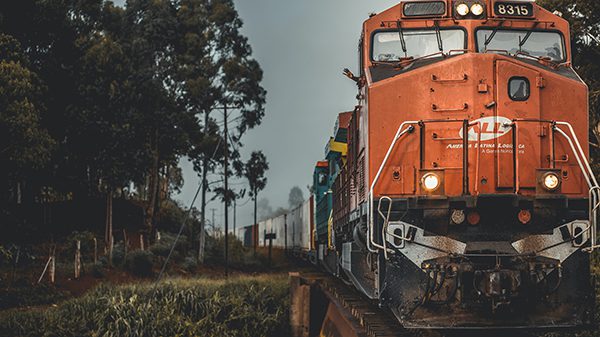 In recent weeks, the produce industry was rattled by news of a possible nationwide railway strike.

It never materialized. After a cooling-off period ordered by the Biden administration, railway companies and workers reached a five-year agreement in mid-September that would extend back to 2020.

But not all rank-and-file members have agreed to this measure. And if all of the parties do not sign on, it’s back to the possibility of a rail strike.

One matter of dispute between railroad executives and workers: one-man freight trains.

Railroad executives want to cut the number of on-train personnel down to one, eliminating the conductor.

They don’t want to eliminate conductors per se, they claim. Rather, they want ground-based conductors—that is, ones who are based at a single station. They say it will improve the conductors’ lives, meaning they can spend more time at home with their families.

This would mean that one person would be on board an operating train, which could have as many as 100 cars.

“It is part of a long-term trend of increased productivity on the freight railroads and the reduction of overall railroad staff,” commented Allan Rutter, administrator of the Federal Railroad Administration from 2001 and 2004 and now a researcher at Texas A&M Transportation Institute. “There’s been a long-standing trend of gaining or seeking more out of the existing numbers of railroad employees. So, it’s not surprising that a conversation about how many people are in the cab would take place.”

Some studies indicate that there are few if any differences in safety between one-worker trains and those with more. But these studies are from Europe, where freight train loads are on average a sixth of what they are in the U.S.

Many conductors do not believe that the trend toward the one-person train is a good thing. They insist that they are already being forced to do more with fewer people, a trend accentuated by recruiting difficulties for the industry.

The tentative agreement still stipulates two-person crews. But some workers have drawn attention to one provision that causes concern, which could make it possible for railway workers to be called in at any time rather than at scheduled work times.

Some employees believe that this measure is designed to push conductors toward ground-based operations. One conductor said, “It appears they are trying to make the job so miserable and unlivable that we agree to being ground-based.”

Under the proposed agreement, two-person crews would still be the norm. But it “would allow a railroad to petition FRA to initiate a new train operation staffed with fewer than two crewmembers that is not otherwise prohibited or permitted.”

It all makes me think of a joke about the differences between capitalism in various countries, as illustrated by a man who has four cows. I won’t tell the whole thing; I’ll just give the punchline: “In American capitalism, a man starts with four cows. He sells three of them and tries to get the same amount of milk out of the fourth cow. The cow dies.”