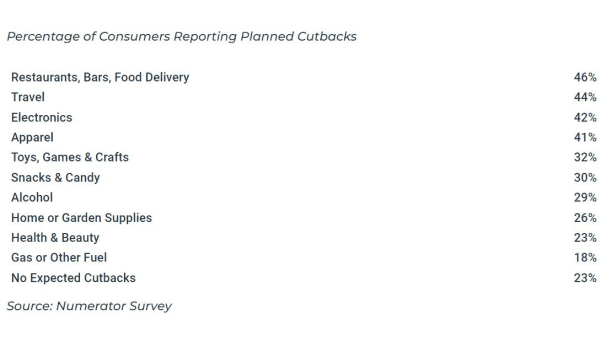 After reaching highs over the summer, overall economic concern appears to be cooling off, led by a decreased concern around gas prices.

However, personal finances continue to be the primary concern for US consumers, as they plan spending cutbacks in dining, food delivery and travel.

Numerator is a data and tech company bringing speed and scale to market research. Numerator blends first-party data from over 1 million US households with advanced technology to provide 360-degree consumer understanding for the market research industry that has been slow to change. Headquartered in Chicago, IL, Numerator has 2,000 employees worldwide; 80 of the top 100 CPG brands’ manufacturers are Numerator clients.