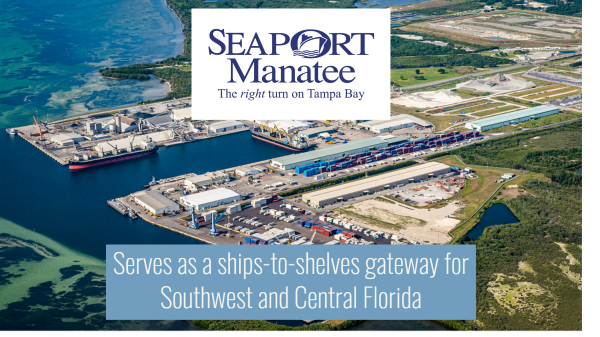 PALMETTO, Florida – SeaPort Manatee’s annual economic impact has surged to more than $5.1 billion, up 30 percent from just two years earlier, while the number of jobs generated by the seaport has grown more than 37 percent, to 37,287, according to a study report released today.

The study was conducted by Lancaster, Pennsylvania-based Martin Associates, which has performed more than 1,000 such assessments worldwide over the course of four decades. It is modeled upon the fiscal year ended Sept. 30, 2021, during which SeaPort Manatee broke multiple cargo records, including registering a 53.3 percent year-over-year increase in containerized cargo activity.

“The latest impact figures underscore the escalating role SeaPort Manatee is playing in the economic well-being of Manatee County and beyond,” said Reggie Bellamy, chairman of the Manatee County Port Authority. “With continuing increases in seaport activity, the impacts as of today are likely even more impressive.”

SeaPort Manatee reported a gain of 32.2 percent in containerized cargo tonnage in the first half of its current fiscal year, ended March 31, over the comparable year-earlier six-month period.

The new report puts SeaPort Manatee’s annual economic impact at $5,134,623,000 compared with the $3,935,724,000 figure cited in the latest previous Martin Associates study, which was based upon the fiscal year ended Sept. 30, 2019. The 37,287 Florida jobs directly and indirectly supported by SeaPort Manatee represent a 37.3 percent increase over the 27,156 jobs identified two years earlier.

“SeaPort Manatee’s diverse cargo strategy is clearly paying off with significant gains in contributions to regional economic growth,” said Carlos Buqueras, SeaPort Manatee’s executive director. “These remarkable achievements would not be possible without collaborative efforts with the Florida Department of Transportation and the full spectrum of seaport users and stakeholders. And, with ongoing infrastructure enhancements and more than 5,000 acres of incentivized properties extending beyond seaport gates for future development, opportunities abound for further vibrant increases in economic impacts.”

The impact report was conducted in conjunction with the seaport master plan update being advanced by an expert consulting team led by the Atkins unit of SNC-Lavalin, Bermello Ajamil & Partners Inc. and Martin Associates in coordination with a broad range of industry and community stakeholders. 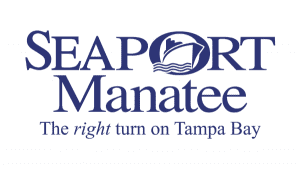