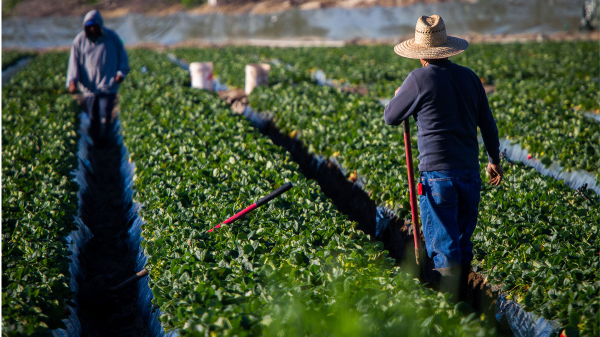 As summers appear to get relentlessly hotter, some states are proposing new laws to mandate worker safety in extreme conditions.

The average farmworker in the United States faces 21 days of unsafe heat per year (out of a total of 153), a figure that is projected to double by the middle of this century.

In September 2021, President Biden directed the federal Occupational Safety and Health Administration (OSHA) to draft provisions for heat safety that would cover both indoor and outdoor workers. These have not yet been released.

Some states, such as California and Washington, have adopted such measures. Last summer, Oregon implemented emergency rules requiring employers to provide cool water, adequate, shade, and indoor rest breaks every hour when temperatures go over 90 degrees.

But such provisions have encountered strong opposition in other states, reports the Washington Post.

The OSHA of Nevada, whose climate is not exactly arctic, proposed draft heat illness regulations in February. But they have been stalled in a legislative committee.

In 2020, Florida lawmakers passed a bill to prevent heatstroke in student athletes. But a bill proposing to extend the provisions to the state’s outdoor workers died in committee.

Some agricultural organizations have responded positively to such efforts.

Christina Morton, director of communications for the Florida Fruit and Vegetable Association (FFVA) BB #:153753, says, “The health and well-being of the agriculture workforce is the top priority for Florida growers. Caring for their workforce is simply the right thing to do. That’s why FFVA welcomes the opportunity for the industry to be involved in any local, state or federal effort to implement a standard to protect farmworkers from heat stress. We all share the same goal—a safe and healthy workplace.”

Yet opposition to such measures have come from agricultural organizations, among others.

There are two issues here.

In the first place, I would like to think that laws should be unnecessary to mandate basic human decency. Of course, I am not nearly naive enough to believe that this is the case.

In the second place, over the last 50 years, American agriculture has been anxious about public perceptions of the industry, claiming that “people just don’t want to hear our story.”

People may or may not be willing to hear agriculture’s story, which is a compelling one. They are much less likely to do so if they believe—as many do and with some reason—that agriculture has little care or sympathy for the extremely underprivileged and impoverished people who make up a large part of its workforce.