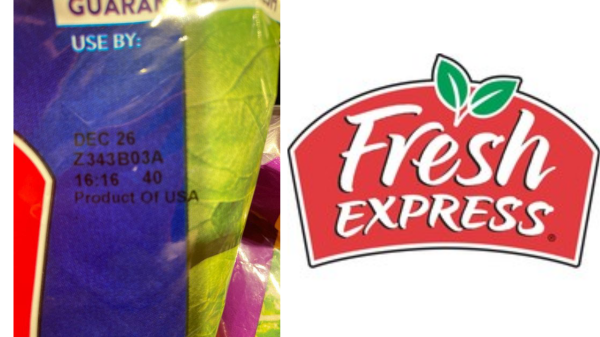 Fresh Express recalled certain varieties of its branded and private label salad products produced at the company’s Streamwood, IL, facility because the product has the potential to be contaminated with Listeria monocytogenes.

PHILADELPHIA, Aug. 3, 2022 /PRNewswire/ — The Law Firm of Wapner Newman filed a lawsuit involving the death of an unborn child caused by Listeria. The first-time expectant mother ingested baby spinach made by Fresh Express BB #:115030 and sold at Fresh Grocer that, unbeknownst to her, was contaminated with Listeria.

Listeria infection is a foodborne bacterial illness that can be very serious for pregnant women, people older than 65 and people with weakened immune systems.

The expectant mother was 30 weeks and 6 days pregnant when she went to Abington Memorial Hospital experiencing flu-like symptoms on December 11, 2021. After her baby’s well-being was evaluated and confirmed, the mother was diagnosed with Covid-19 and sent home to quarantine.

During quarantine, her grandmother purchased baby spinach for smoothies that were consumed by the mother. She returned to the emergency room at the same hospital on December 15 where the medical providers noted no movement or heartbeat of the unborn child. The baby was delivered stillborn. An autopsy confirmed the sole cause of death was due to Listeria.

On December 20, Fresh Express issued a precautionary recall for a Listeria outbreak on its leafy green vegetables sold throughout Pennsylvania and various other states. The recall included the contaminated baby spinach that the mother consumed.

Julianna Merback Burdo, Esquire, a Partner in Wapner Newman’s Catastrophic Injury Practice filed this Wrongful Death action in the Court of Common Pleas of Philadelphia County. The Complaint filed alleges that Fresh Express and Fresh Grocer are strictly liable for the wrongful death of the unborn child, and bodily injury and emotional stress to Shabazz.

Ms. Burdo remarked on the importance of advancing this lawsuit: “In addition to the tragic loss of this baby, we are fighting to raise awareness with the public who blindly relies upon food manufacturers and distributors to provide clean, safe and uncontaminated food products. Safety within the food chain must start with those who process, package, transport and sell us food.”

Wapner Newman’s Managing Partner, Robert S. Miller, Esquire, commented, “Food sources must provide quality assurance, particularly against a deadly bacteria such as Listeria. This contamination was a blind killer of our client’s baby. Every step is mandatory to prevent placing unsafe food into the stream of commerce.”

About Wapner Newman
Wapner Newman fights for those that suffer at the hands of irresponsible corporations and individuals. We fight 24/7 to get our clients the justice they deserve. Among the oldest injury firms in Philadelphia, Wapner Newman has proudly served its clients for over 40 years, specializing in handling medical malpractice, product liability and negligence cases. Our team of attorneys has secured over $1 billion in personal injury settlements, awards, and verdicts. Our team of lawyers leave nothing on the table when it comes to acting in our client’s interests.