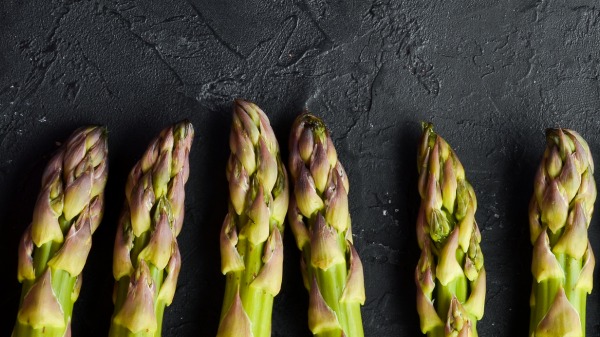 The produce industry sometimes talks about automation as members of a cult talk about a long-overdue messiah. Sometimes the prospect of salvation seems equally remote.

Which produce commodity, then, is likely to be the most favorable to automation? An article in The Economist of July 2 has an answer.

It’s not aubergine—or, as we call it over here, eggplant. In fact, that came at the bottom of the twelve crops tested: it’s delicate, and its foliage gets in the way, according to Joe Jones, a robotics expert whose inventions include the Roomba vacuum cleaner and who conducted a study of the automation possibilities for twelve crops.

What came out at the top?

Asparagus. Because it grows in single spears, it is well suited for mechanical harvesting.

British farmers are suffering from the same labor woes as their American cousins. Crops nationwide are rotting in the fields or have been plowed under. Last summer, John Chinn, the nation’s largest asparagus grower, needed 1,300 workers for his operation; he got 800.

This year he is using an experimental harvester called Sprout, developed by a London startup called Muddy Machines.

The Economist describes it thus:

“In late June a small white object slowly makes its way along a field of asparagus in Gloucestershire. When it passes over a group of spears it pauses, whirrs then clunks: asparagus has been sliced. This robot . . . is unprepossessing. It will not prompt bucolic poets to write odes to it, or painters to capture it resting by a hay wain. It is more fridge on wheels that Ex Machina android.”

Chinn says the machine could be “fantastic.”

The produce industry is facing tightening challenges in the United States, even though they may vary from state to state. In California, there is not only labor but water shortages that even a few years ago that would have been regarded as apocalyptic. Florida is contending not only with labor, but with urbanization, the consequences of destructive hurricanes, and pests such as huanglongbing (or greening) in citrus.

Will the automators arrive in time to keep fruit and vegetable production from emigrating to Mexico and points south en masse? It is strange to consider that while most industries today are reshoring, offshoring still seems to be the more viable trend for fruits and vegetables. The pace of automation will certainly be one factor that will tell how far it will go.