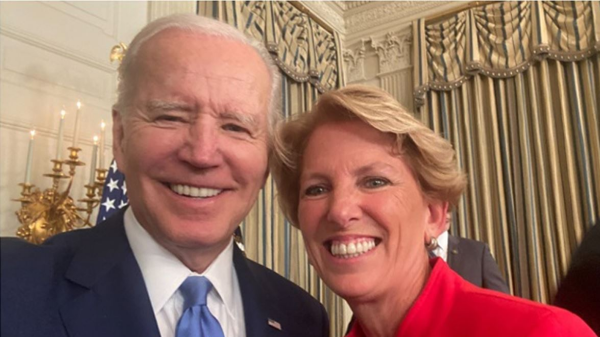 In a rare showing of bipartisan unity, Congress has passed the Ocean Shipping Reform Act of 2022, a bill that was signed by President Joe Biden on Thursday and was welcomed by many business interests, including those in the produce industry.

The bill, which is the first significant revision to maritime legislation since 1984, authorizes the Federal Maritime Commission (FMC) to regulate ocean shipping, in part so that perishable goods can be delivered in a timely manner.

The shipping industry has endured many disruptions since the start of the pandemic. It has been especially infuriating to the produce industry that ships delivering goods from China have refused to sail back with perishable items, including fruits and vegetables, finding it more profitable to return empty instead.

Among other things, the bill addresses the high detention and demurrage charges that have been levied by shippers over the past two years.

Demurrage is “a charge raised when the full container is not moved out of the port/terminal for unpacking within the allowed free days offered by the shipping line.”

“I am bullish on the bill restoring credibility to the supply chain,” said Dan Maffei, chairman of the FMC. “In terms of detention and demurrage (D&D) charges, [the bill] gives us the authority we need. We don’t want to go too far. Not all D&D charges are unreasonable.”

IFPA president Cathy Burns was present at the signing in the White House.

USApple BB #:145473 president and CEO Jim Bair, who was also present, said, “There haven’t been many export victories for apple growers during the past four years between the ongoing trade wars, the resulting retaliatory tariffs and our lost markets, so it was gratifying to see President Biden sign the Act into law.”