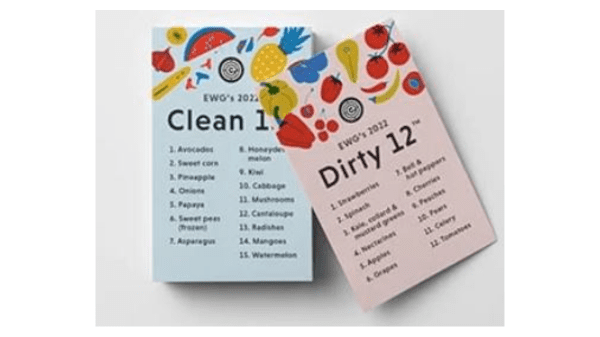 The Environmental Working Group’s Dirty Dozen and Clean Fifteen shoppers guides to avoiding pesticide residue used to be a huge splash in the mainstream media world.

But it has lost its ability to shock and scare the past several years. The guides were released earlier in April, and Teresa Thorne, Executive Director of the Alliance for Food and Farming, said online and print media coverage was about the same as last year, which was the second lowest since AFF has tracked, behind 2020, which was the lowest.

“It is a notable accomplishment that there was no broadcast news coverage in 2022,” Thorne said.

AFF has worked with media organizations for years to be a source to balance EWG’s message, and many groups quoted Thorne or other AFF-associated sources this spring.

She said some don’t ask for AFF comment, even though they have contact information, which indicates they plan to run a biased piece. CNN is an example of that, Thorne said (see below).

I picked out a handful of online stories to give our readers examples of how this was reported in consumer news outlets.

CNN
As Thorne said, CNN’s story didn’t contain comments from AFF, but it did quote the CEO of CropLife America, who said, “To put it simply, EWG’s attempt to twist the data to create bias … results in growing consumer fear of fruits and vegetables.”

CNN starts with EWG points about dangerous pesticides, but it also says in its third paragraph: “But don’t stop eating these foods, which are full of the vitamins, minerals, fiber and antioxidants needed to battle chronic disease, experts say.”

It lists some helpful steps consumers can take, in addition to buying organic versions of those on the list, such as rinsing produce in water before eating.

But it also contains some nonsensical advice such as, “Buying food that is purchased directly from a local farmer can reduce the risk of pesticide exposure, experts say.”

USA Today
USA Today’s coverage may be the worst. It starts by stating, “What are the filthiest fruits and vegetables at the grocery store? Strawberries, spinach and kale, according to a new report.” Then what follows is what’s in the EWG’s news release.

But it does quote AFF’s Thorne, who says, “Environmental Working Group’s goal to help families access fruits and vegetables with less pesticide exposure was achieved long ago.”

According to Thorne, the story says, 99.8% of the fruits and vegetables tested by the USDA under the Pesticide Data Program are well below the Environmental Protection Agency’s safety levels. A third have no detectable residues at all.

New York Post
This is one of the more sensational stories, starting with “This could make people berry afraid.” It points out that “for the second consecutive year, juicy strawberries have topped the list.”

It says “Pretty much any unpeeled fruit or vegetable carries the risk of pesticide exposure as its skin gets regularly doused with chemicals. The EWG found that 90% of samples taken from most fruits on the list tested positive for at least two kinds of pesticides.”

Of course, it neglects to link amounts of pesticides with risk levels for consumers.

It also uses some information from the AFF, saying “The AFF — along with the Food and Drug Administration — urges consumers to simply rinse produce with tap water and gently scrub, without soaps, to remove most residues from the outside and to avoid eating the outer layer of lettuces and leafy greens.”

Yahoo News
This is an opinion piece, rather than a news story, and it brings up some justified skepticism.

“For years, Takeout reporters—myself included—have taken this list at face value. But here I am, another year older, another year wiser, and another year better at interpreting shady data. I’m here to advise you to wade carefully through these claims about your produce.”

It lays out who’s for the list, such as the environmental advocacy group, the EWG, and who’s against the list, such as the AFF, who it says isn’t a neutral party (true!), which has a board consisting of people from grower organizations, some of which have “a robust history of donating to Republican legislators.”

It rightly points to groups with clear biases and then looks at those with no bias.

“It’s easy to see why the AFF would advocate against the EWG list, which could harm the interests of AFF’s major farm groups. But [scientist Carl] Winter, a respected toxicologist, is a neutral third party whose research went deep on the subject” and calls the list one that’s based on flawed data analysis.