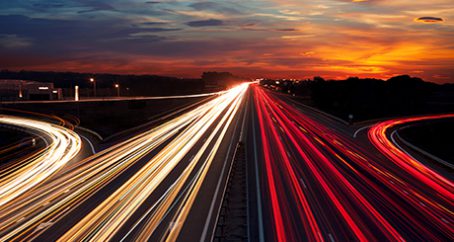 No one has ever described my profession—that of writer and editor—as lucrative, but it is relatively immune to severe shocks and disruptions.

Not so the trucking industry, particularly these days. The news preoccupying the produce industry last week the blockage of cross-border traffic from Mexico to Texas as a result of extra inspection orders issued by Texas governor Greg Abbott.

Trucking disruptions aren’t limited to this continent. Argentine truckers are refusing to transport the nation’s grain supplies to protest freight rates that they believe are too low. Which is worrisome given that grain markets have already been disrupted by the Russian invasion of Ukraine.

These disruptions are (probably) transitory. The U.S. trucking industry is facing a larger issue at this point—a possible return of the crash of 2019. Dry-van truckload spot prices have tumbled 37 percent since Dec. 31, according to Bank of America analyst Ken Hoexter.

The drop has accelerated in the past month.

Another sign is the drop in the number of rejected loads. Trucking being the peculiar industry it is, truckers can reject loads for which they have already contracted. Last year at this time they were rejecting 25 percent of contracts, meaning that they could get a better deal by hauling another load for somebody else. Today that rate has fallen to 11 percent.

General inflation, diesel prices, and reduced consumer demand are among the causes. Of course these are all related. Inflation has cut into consumer demand for durable goods, which surged during the recession. If you’re spending more at the grocery store, you’re less likely to spend on a new couch or TV set.

All of this leads to worries about a return of the boom-and-bust cycle of 2018-19.

The news isn’t bad for everybody. Last week Walmart announced starting pay rates for truckers at $90,000-$110,000 per year—still a living wage in most parts of the country (!). Formerly its highest starting rate had been $87,500.

Trucking availability for fresh fruit and vegetable transport remains “adequate” in most markets, USDA’s Agricultural Research Service reported on April 13. Indeed there were “shortages” in central and south Florida and eastern North Carolina, with “slight shortages” in Colorado’s San Luis Valley and Michigan. No surpluses or “slight surpluses” were indicated in any market.

At this point, some observers are predicting another recession in the industry. Whether that comes true or not, this is probably not the best time in history to get a CDL license and try to hit the road.