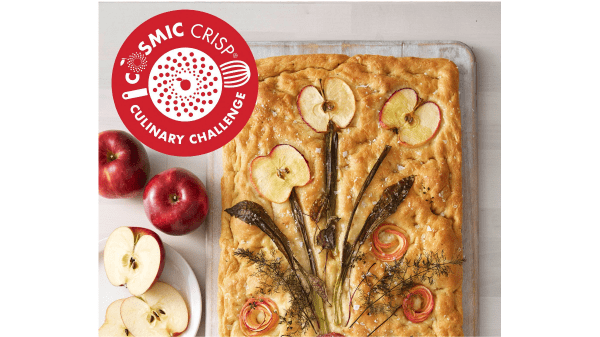 YAKIMA, Wash., April 7, 2022 /PRNewswire/ — Now in its third year in the market and widely available nationwide in grocery stores, the Cosmic Crisp apple has announced its first ever Culinary Challenge.

Seeking unique recipes and fresh takes on existing ones, the brand’s contest is inviting entries across the United States and Canada in four categories: Home Chef, Professional Chef, Retail Chef and Kid Chef.

In addition to offering prizes and of course, galactic levels of bragging rights, the Cosmic Crisp Culinary Challenge is featuring celebrity judge Carla Hall to choose each category’s winner. Winners will also be treated to a virtual meet and greet with Carla Hall.

Hall’s culinary credits range from winning Top Chef to 7 seasons of co-hosting the Emmy Award winning daily cooking show The Chew to her current role as a featured chef judging and hosting some of the most popular shows on Discovery’s Food Network.

Developed over 20 years through classic breeding at Washington State University’s tree fruit program, the Cosmic Crisp apple has quickly grown to be a superstar in its own right. The brand has been covered in nearly every major lifestyle publication and media outlet, graced the Twitter profile of an Olympic athlete, celebrities, and has its own hot air balloon.

Grown and shipped from Washington State, the Cosmic Crisp apple is prized for its delicious flavor, remarkable texture, juiciness and striking color. The branded apple is also known for its incredible versatility from fresh snacking and baking to cocktails and decor.

“We have grown a passionate community of Cosmic Crisp apple fans in the few years it’s been available,” said Kathryn Grandy, Chief Marketing Officer for Proprietary Variety Management, the company responsible for marketing the brand.

“And this is the first season we have enough volume for shoppers to find Cosmic Crisp from now until the next Fall harvest. We consistently see creative uses of the apple, the time was right to create an official challenge and reward the best recipes from a variety of chefs.” she added.

More information about the Cosmic Crisp Culinary Challenge, the categories and prizes is available on the brand’s website.