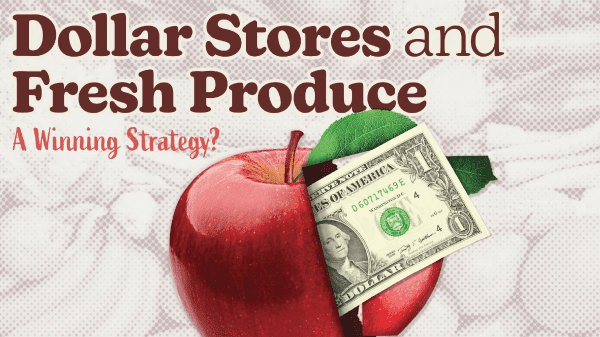 Dollar stores are a force to be reckoned with, boasting more than 34,000 locations and counting.

Most stores are under a banner of the industry segment’s “big three” chains—Dollar General BB #:172794, Dollar Tree, and Family Dollar—but other up and comers are vying for their share of this lucrative retail pie.

Evolution
Over the last decade, dollar retailers have improved stores, moved into additional neighborhoods, and attracted new customers outside their still-core rural, lower-income base.

Bigger news is expansion: the number of dollar stores continues to rise across the United States, as well as Canada.

Through the first eight months of 2021, Dollar General, Dollar Tree, and Family Dollar accounted for more than one-third of all big-box store openings in the United States, according to Coresight Research.

Combined, they announced more than 1,600 openings during the year up to that point (with 64 percent of those being Dollar General stores) and just 44 closures.

While this growth trajectory has been moving forward for some time, the pandemic helped nudge more consumers toward dollar stores.

“At the start of the pandemic, supermarkets had empty shelves, so a lot of people went to dollar stores who were never there before,” explains Phil Lempert, founder of SupermarketGuru.com, based in Santa Monica, CA.

More importantly, he notes, “They will continue to go back.”

This is an excerpt from the cover story of the March/April 2022 issue of Produce Blueprints Magazine. Click here to read the whole issue.