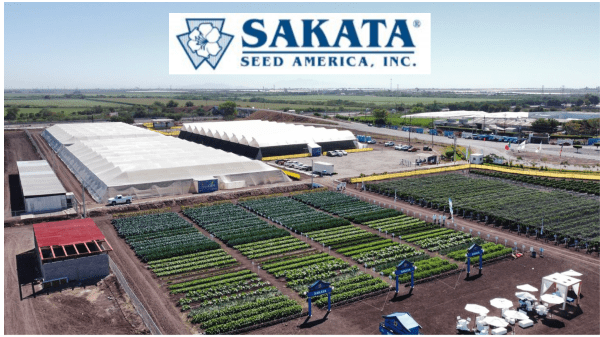 Culiacan, Mexico – Sakata Seed America has announced the next milestone in the company’s continued infrastructure expansion. The prominent seed leader recently finalized the purchase of 14 hectares (35.6 acres) of land in Culiacan, Mexico.

The land and facilities have been leased by Sakata Seed for the past 3 years. Significant growth in the region led to the decision to secure a permanent location in Culiacan – home to many global seed breeding companies.

This acquisition of land and newly expanded infrastructure will further enable Sakata to operate breeding, sales, marketing and production efforts in the growing Mexico market.

The site will officially be named the ‘Culiacan Innovation Center,’ mirroring Sakata’s naming convention for the company’s most recent expansions, including the Woodland Innovation Center in Woodland, California. Within Mexico the facility will be known as CIEN, or Centro de Innovación y Excelencia Nacional (National Center of Innovation and Excellence).

“Sakata Mexico has been conducting business for over 34 years and, as we adapt and increase our breeding efforts to support expanding crop production in Mexico, we are proud to invest in the Mexican economy and solidify our leading role in genetic innovation with established infrastructure in Mexico and Central America. The new facility will act as a central R&D hub for Sakata in Mexico and Central America and allow for further exciting collaboration with Sakata Seed America’s four other R&D stations spanning North America.”

“In order to continue to grow our leadership and market share in Mexico, we need the proper environment to accommodate our growth. The Culiacan Innovation Center will supply the necessary space and resources for Sakata to breed, innovate and support the Mexico market,” says Mauricio Pineda, General Manager of Sakata Seed de Mexico.