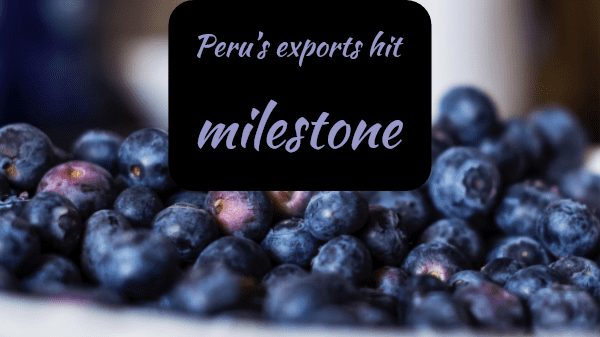 Luis Miguel Vega Arias-Stella, general manager of the Association of Producers and Exports of Blueberries of Peru (Proarandanos), told Blueberries Consulting that the main market is the U.S., where half of Peru’s blueberries are shipped, followed by Europe with 30 percent of the production, and China, which has been growing rapidly by doubling volumes every year.

In 2016, 93 percent of the planting areas were located in La Libertad, Lima, Lambayeque, Ancash, Ica, and Cajamarca. While in 2021 production has expanded to several other regions.

Until 2020, the Biloxi was the main variety planted, but this year it was surpassed by Ventura.