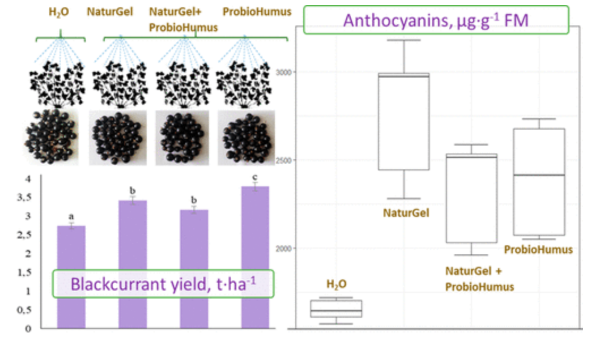 Blackcurrants are not exactly a staple item in the U.S., but one development in the crop, grown in the colder regions of Europe, may have implications for the future of other crops.

Probiotics have become common and popular in recent years. They’ve mostly been used for promoting healthy gut bacteria in humans and animals. But researchers working with blackcurrants in Lithuania believe probiotics can improve productivity in fruits and vegetables too, reports The Economist

(See here for the researchers’ article).

Researchers Virgilija Gaveliene and Sigita Jurkoniene of the Institute of Botany Nature Research Center in Lithuania already knew that a carefully selected mix of bacteria from families such as Bacillus, Acinetobacter, and Pseudomona could improve production in blackberries and strawberries.

The researchers took four hectares of blackcurrants. On the first, they sprayed bacteria that they suspected would improve growth and yield.

On the second hectare, the researchers sprayed a mix of organic fertilizers and bacteria that they believed would improve nutrient value and chemical content.

The researchers sprayed both mixtures on the third hectare and left the fourth untreated to serve as a control.

Results were impressive. A thousand blackcurrents picked at random from the control hectare weighed just over 538 grams, while the same number of berries picked from the hectare sprayed with both mixtures weighed nearly 783 grams. The field sprayed only with the yield-enhancing bacteria saw a similar increase over the control.

At this point, probiotics have been shown to be beneficial in enhancing berry growth.

Conceivably, similar approaches could be used for apples, pears, and oranges.