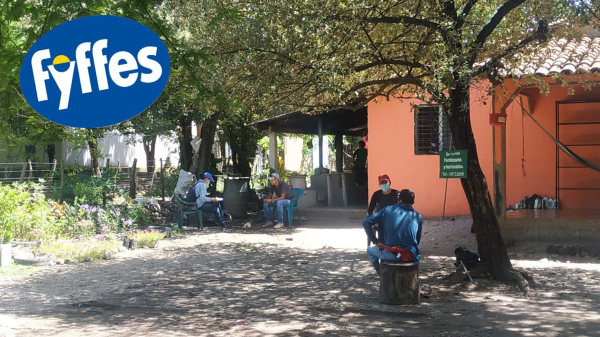 Fyffes BB #:111359 has concluded its first community needs assessment in the surrounding communities of its melon farms in Choluteca, Honduras.

During July and August this year, 900 community members took part in anonymous, confidential interviews conducted by independent consultants. Community members were surveyed on their economic, environmental and social concerns, as well as how Fyffes subsidiary SOL impacts them.

Fyffes has a seasonal business in Honduras that exports melons to North America during the winter months. The region of Choluteca where Fyffes melon farms are located is a relatively poor region and is part of the so-called ‘dry corridor’ of Central America. The Fyffes operation employs 5,000 to 8,000 workers during the season providing significant economic stimulus to the region.

The purpose of the community needs assessment is to inform our approach to community engagement and investment in the region, as well as to inform our local environmental and labor policies and practices in order to mitigate any salient human rights concerns and prevent any negative impacts on the environment and health of Fyffes neighboring communities.

This community needs assessment will be used as the basis for a program of work to help Fyffes achieve its stated target to ensure 100% of our neighboring communities are engaged in resilient socio-economic community projects out of our four community investment focus areas; nutrition, climate change resilience, gender and education; by 2030.

The main findings are outlined below:

Economic and Social
Over 80% of respondents said they wanted to see employment opportunities in the region improve. According to community respondents, the next most important areas for improvement were (in order of priority): medical infrastructure; roads and transport; housing; access to and affordability of nutritious food; waste collection; and affordability of education.

Environmental
Over 90% of the respondents said the company does not have negative environmental impacts on the environment, however just over 50% said extreme weather events were causing damage in the community.

Company hiring practices
48% of the respondents worked at Fyffes melon operations during the most recent season, 57% having worked at some point during previous seasons. Over 90% of employees said the company has a clear hiring policy, whereas just over half of community respondents said the company had a clear hiring policy.
Two thirds of employees understood the term ‘freedom of association’, whereas less than a third of total respondents said they understood the term.

Actions
Fyffes has agreed the following actions to address the findings of the survey among other commitments:
• Roll out Human Rights training for 100% of our workers, permanent and seasonal
• Publish hiring policy in a more accessible format for seasonal workers and train caporales (seasonal supervisors who recruit other seasonal workers) and human resources on the policy
• Complete the roll out of Fyffes Principles training to all seasonal employees
• Run an awareness campaign for employees and the communities on both local and global grievance mechanisms, including the Fyffes Ethics Hotline
• Explore mechanisms to improve services provided by the company-funded medical clinics
• Continue with existing focus for donations on education, nutrition, climate change and gender equality
• Assess road signage gaps and undertake a safety survey in immediate vicinity of the farms
• Undertake a road safety campaign with the company’s transport workers and employees
• Explore partnerships with NGOs on housing needs in the local community
• Improve communication on community engagement and investments with all employees

For more information on Fyffes progress in Honduras, please visit our website.

About Fyffes
For over 130 years Fyffes has brought a choice of tropical produce to countless millions around the world. We achieve the highest quality by nurturing relationships with our growers, supporting our employees, and diligently serving each link in the chain: production, procurement, shipping, ripening, distribution, and marketing.

This approach has earned Fyffes leadership across multiple markets; today we are the largest importer of Fairtrade certified bananas in the world. We are also one of the largest banana and pineapple importers in Europe and the biggest melon importer in North America. We became part of the Sumitomo Corporation in 2017, advancing our industry leadership in many exciting ways.