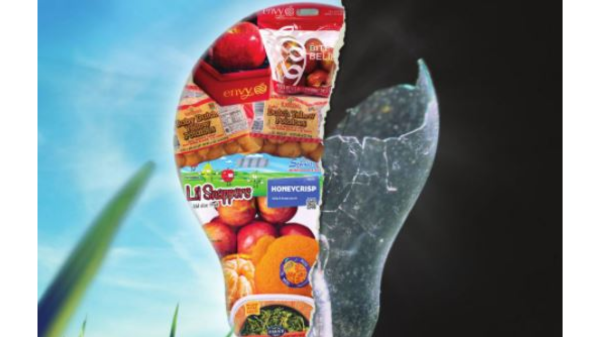 It can be a mysterious mix of meeting the demand for a market need and timing it right. Sometimes, it’s valuable to take a hard look at what didn’t work to see a path forward.

In the 16 years I’ve covered the fresh produce industry, I’ve come across many new product innovations, from media coverage to personal experience. Brands have been sending me their latest to trial in my kitchen for more than a decade.

I also live in Austin, TX, a market used for product innovation pilots. I often come across new products before I hear about them in the trade. I’ve been told more times than I can count that a company isn’t ready to talk about a product I just bought at the store in my neighborhood.

But September and October are a special time for the fresh produce industry. It’s a time for innovators to show their stuff ahead of the Produce Marketing Association’s Fresh Summit Convention and Expo.

And you know what? The majority of the products don’t make it. I can look at a list of products I’ve tested in my kitchen and count far more misses than hits.

The Reasoning
There are so many reasons a product may flop. Product launch experts say one of the most important keys to success is making sure the new product solves a real problem.

This brings to mind one of my favorite produce industry flops: the Grape Cube.

The innovation, launched by Delano, CA-based Pandol Bros., Inc., BB #:111977 had so much potential. I was sent an early shipment of the cubes in 2012 for a video review and gave the extras to friends as party favors. Everyone thought it was a great idea.

“We actually got it placed by retailers and wholesalers in a wide variety of grocers,” recollects John Pandol, director of special projects.

And it was an idea that solved problems from multiple angles.

“I explored the idea of helping consumers with a solution for washing and instant eating of fresh grapes,” notes Tristan Simpson, then vice president of marketing for Pandol Bros. and current founder and CEO of tristan michele marketing, BB #:366330 a Los Alamitos, CA-based marketing consultancy.

“I felt there was a need to move beyond the many steps it took from purchase to plate, and I partnered with a packaging design firm to help me bring the idea to life,” she recalls.

The result? A brand-new packaging style in the category: a rigid, crystal clear, cube-shaped box with perforations on the top and bottom that “enabled the product to be merchandised and protected, while also giving the consumer the control to wash the product while inside the packaging.”

“It was revolutionary, or so I thought,” Simpson says.

The cube also fulfilled the company’s mission—to bring something new and innovative to market.

Pandol says it can be frustrating to answer the eternal buyer question, “What’s new?” The answer? The Grape Cube.

At the time, retailers were just starting to look at grapes sold in clamshells, though consumer adoption lagged behind that preference, Pandol says. The cube shape also built eye-catching displays.

The Grape Cube sold quite well but was just ahead of a massive revolution in grape packaging: stand up, zip-top pouch bags, which Simpson admits was an even better idea.

“I like to think that we were just ahead of our time,” she observes. “What I learned is to be proud of the origin of the idea and not just the idea itself. To relish the success, all the way through from its inception to its iterations.”

This is an excerpt from the cover story of the September/October 2021 issue of Produce Blueprints Magazine. Click here to read the whole issue.