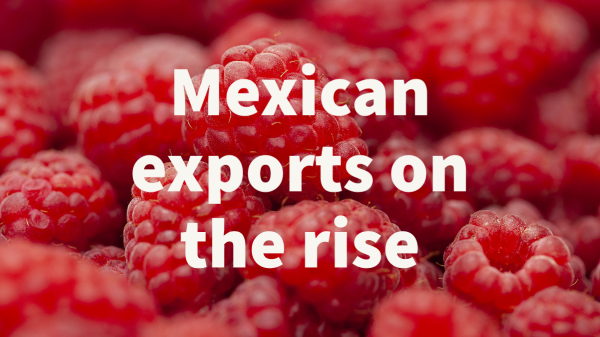 According to the Ministry of Agriculture and Rural Development, Mexican raspberry exports registered a growth of 18.9 percent in the first six months of the year, maintain a positive streak, according to El Financiero.

Foreign sales of these berries stood at $713 million as of May, posting nearly 20 percent more than the $599.8 million for the same period in 2020, according to information from the Agrifood and Fisheries Information Service (SIAP).

Mexican raspberries have been exported to 33 countries located in North America, Europe, Asia, and Oceania, such as Canada, the Netherlands, Russia, Japan, Saudi Arabia, Belgium, Hong Kong, Ireland, and Kuwait.

However the main buyer is the U.S.

In 2019, Mexico was the world’s second largest producer of raspberries with 128,848 tons and presents the biggest agricultural yield of these berries in the world. Mexico consumes .3 kg per capita.