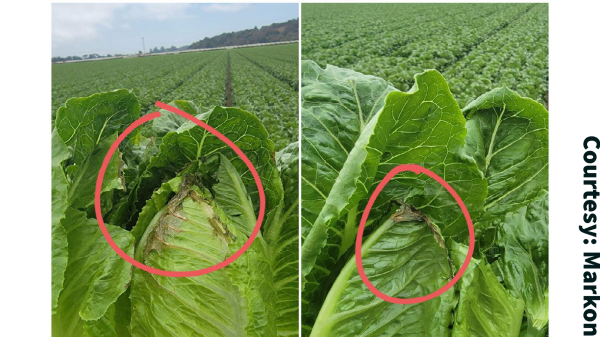 In an August 6 report to its customers, Markon Cooperative BB #:123315, said, “Inspectors are currently observing an increase in quality issues in romaine lettuce out of California’s Salinas Valley. A cycle of heat spikes followed by humid, overcast mornings over the past few weeks is stressing the product and causing internal burn and fog burn in commodity and value-added products.” 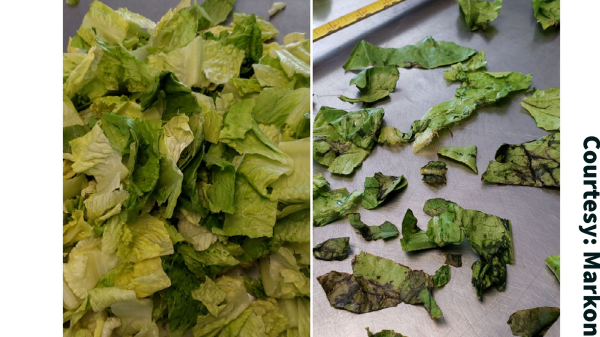 Markon said iceberg and green leaf have also exhibited some defects, but romaine has been more affected.

Looking ahead, it said, “Weather has been more stable this week, but we may continue to see sporadic issues throughout next week, August 9-13 or possibly longer.”

Both iceberg and romaine lettuce prices have been steady, according to the USDA, but iceberg f.o.b.s have dropped slightly this week.

Similarly, in a crop report last week, Pro-Act BB #:141746, noted that it is seeing some tip and fringe burn on romaine due to the high temperatures, but availability remains strong.

On iceberg lettuce, it said, “This market is firm with most suppliers. There has been some slight flexing with shippers on larger orders, but less compared to past weeks. Common defects reported include puffiness, pink discoloration and ribbing. Much of this is caused by warm temperatures in the growing regions. Mexico has had issues with rain and has caused for shortages of availability. Expect demand to increase later in the week as schools begin to start again.”