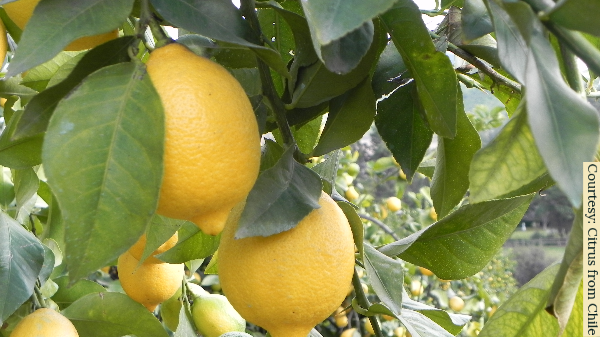 Chilean lemons are off to a fast start.

The ASOEX Citrus Committee reported that the 2021 lemon season began with harvests in week 15 with the Messina, Eureka, and Genova varieties, and during week 19 the first shipments were made.

ASOEX estimates that lemons will have on export volume of 98,000 tons, which would total a growth of 3 percent when compared to the previous season.

Chile has 22,000 hectares planted with citrus fruits, distributed from the IV to the VI region, with 7,376 hectares corresponding to lemons. The main varieties planted are Eureka, Fino 49, Messina and Genoa.