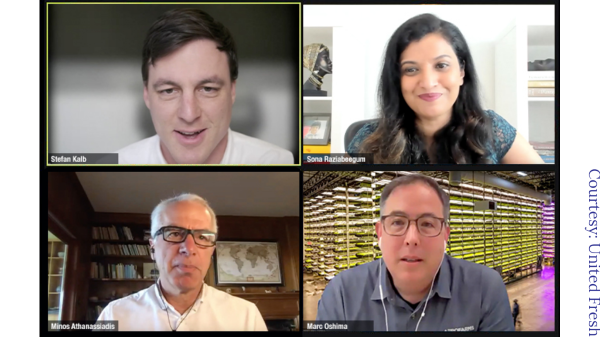 As food waste becomes a bigger issue for American consumers the need for federal or local legislation may not be as urgent.

“Consumers want fresher food and less waste, and this is going to happen with or without government regulation.”

Stefan Kalb, Co-Founder of technology company Shelf Engine, said he sees a parallel to plastic straws, which have been banned in some places because of consumer demand for change.

Businesses should work with government before regulations are set, he said.

“What do we want in regulation?” he asked. “We need to work with government before something is imposed.”

“We don’t fully understand where it comes from,” he said. “We should prepare for a government mandate” of some kind.

In the first few months of the Biden administration, there is clearly a bigger emphasis on climate change and environmental concerns, the panel agreed.

“From a Biden administration perspective, it’s such a broad area with food and how it was be wasted,” he said. “It’s not as easy as plastic straws. But consumers are more sensitive to food waste. Consumers won’t repeat a purchase of an item with short shelf life at home. But I don’t see regulations from the Biden administration.”