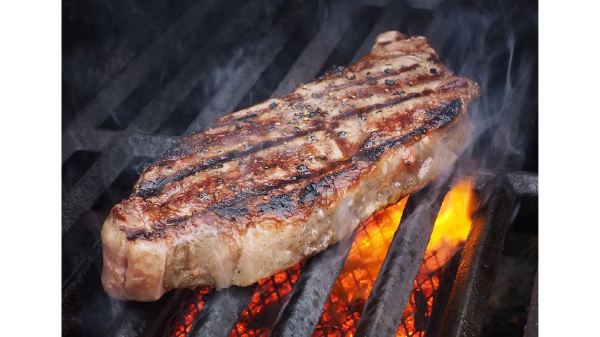 “Meat is murder,” said British rock star Morrissey, a man not known for his subtlety.

Although few people would agree with this statement in any simplistic sense, meat consumption is being slighted in more and more circles.

On April 26, Epicurious, a popular recipe website, announced that it would not be posting any more beef recipes.

“We’ve cut out beef. Beef won’t appear in new Epicurious recipes, articles, or newsletters. It will not show up on our homepage. It will be absent from our Instagram feed,” the site announced.

“We know that some people might assume that this decision signals some sort of vendetta against cows—or the people who eat them,” the Epicurious authors write. “But this decision was not made because we hate hamburgers (we don’t!). Instead, our shift is solely about sustainability, about not giving airtime to one of the world’s worst climate offenders. We think of this decision as not anti-beef but rather pro-planet.”

Whatever the motivation, opposition to meat is growing.

“The tone in 2021 has changed from negative banter to an all-out assault on animal agriculture,” writes Amanda Radke in Beef Daily.

Even the Biden administration has had to clarify that its new climate plan is not intended to reduce meat consumption.

Colorado governor Jared Polis has not left his position ambiguous, having proclaimed March 20 as “Meat Out Day” in his state.

I’m not here to discuss the pluses and minuses of meat consumption. (Personally, the other day I snagged some Prime New York strip steaks at Costco for $12.99 a pound.) I’m asking, what influence have all of these antimeat tirades had?

Not much. The average American consumes about 274 pounds of meat a year, not counting fish or shellfish, according to one source. This is more than any other nation except Hong Kong. We even beat out the beef-loving Argentinians.

Current projections indicate that U.S. meat consumption will grow at about 1 percent per year through 2023. This doesn’t sound like much, but it would mean that each American is going to be eating 2.7 pounds more meat per year in the foreseeable future.

For the fruit and vegetable industry, precisely the opposite is the case.

A “State of the Plate” report, released in March by the Produce for Better Health Foundation (PBH), reflected these findings.

I would not go so far as PBH CEO Wendy Reinhardt Kapsak, who says, “We are in the midst of a fruit and vegetable consumption crisis in our country.”

It would seem more accurate to say that fruit and vegetable consumption has been flat for the first twenty years of this century.

My point is simple: preaching doesn’t work. All the earnest exhortations—whether they take the form of vegan diatribes or well-researched dietary guidelines issued by USDA—haven’t turned consumers away from meat or toward produce.

I’m not offering any solutions here, nor do I have any. But the first step to finding a solution is to realize that the current solutions haven’t been working.