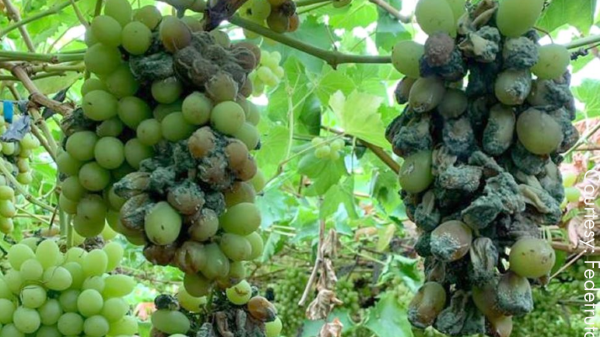 Two weeks after heavy rains, the president of Fedefruta, Jorge Valenzuela, says that in some regions there is no fruit being harvested or packed due to the advanced rotting and fungal disease, all while in full season, leading to massive losses for producers.

“At first, the rains caused splitting damages, falling fruit, trees, grapevines, being estimated at $150 million. But as the weeks passed, the damage to the fruit has increase a lot. The rot and fungi have advanced due to the humidity and temperature, resulting in table grapes not being harvested or packed in the central region,” Valenzuela said in a statement on the Fedefruta website.

While all table grape varieties have some damage, it is estimated that the central to southern regions will incur losses of 70-80 percent in white table grapes and 30 percent in red grapes.

Within the Valparaiso region, the Aconcagua Valley already reports 42 percent less production when compared to the same period last year.

There is no certainty on how growers are going to harvest varieties such as Scarlotta, Crimson, and Red Globe in the O’Higgins region.

“Today it would be very optimistic to thing that we will be able to harvest 30-40 percent,” Valenzuela said.

“Without working capital there is no way to meet the commitments of this season nor how to start the next,” he said. “We are in need of a financial rescue for producers in the fruit sector.”

Valenzuela said Fedefruta is working on a proposal to bring financial help to a wider range of fruit producers affected by the rains.