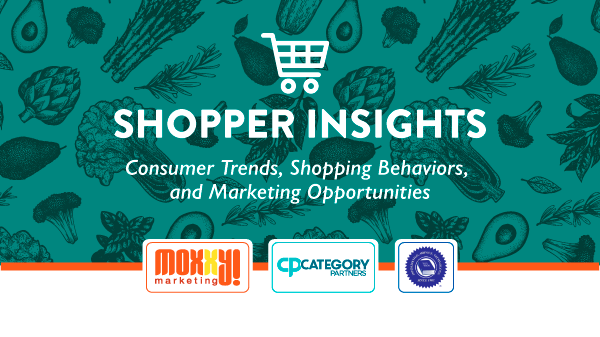 Quality/appearance was the top influencer cited by respondents in the Shopper Insights 2020 survey conducted by Moxxy Marketing and Category Partners.

But the appeal of quality and appearance does differ depending on the type of store. 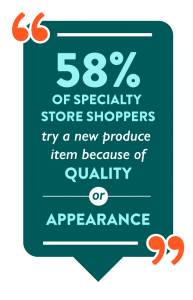 Take a natural/specialty food store, for instance. Fifty-eight percent of shoppers who frequent this type of store said they tried a new produce item because of the quality or appearance. That’s compared with only 39 percent at standard grocery stores swayed to buy something new based on appearance.

The draw of quality and appearance at a discounter might surprise you, however. Forty-five percent of discount store shoppers said they were enticed to buy something new by the appearance or quality of a produce item than at a traditional store.

Walmart shoppers, too, were more likely to be influenced by the appearance and quality of a produce item, with 44 percent saying they tried something different because of the quality/appearance.

“While these insights aren’t new—we all know the importance of quality and appearance in the produce department—what we as fresh produce marketers do with this information in today’s retail environment is what needs to change,” said Karen Nardozza, president and CEO of Moxxy. 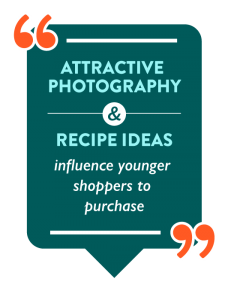 “Retail grocers are currently experiencing huge staffing changes, which may be an opportunity for produce brands to educate a new group of buyers, category managers, produce managers and merchandisers. Marketing to this audience, with information and educational communications, may be more critical than reaching consumers at this time.”

“Besides the quality and appearance of individual items and packages, how items are displayed remains crucial to attracting shoppers’ attention and interest. Well-designed graphics with messaging that’s on point can help assure a successful product launch or promotion,” Nardozza added.

Shoppers who typically go online to buy their fresh produce were the least likely to be influenced by prices and promotions, 30 percent compared to 35 percent on average. 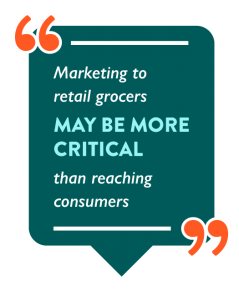 Younger shoppers tend to respond more to trying new items when shopping online. The youngest group, age 25-34, is attracted by promotions, recipes on-site, and attractive photography. Information about the growing region was not as big of an influence, with only 8 percent of survey respondents saying they were influenced to try something different by this information.

“Content marketing, including recipes, high-quality photography, short videos and similar inspirational and educational material certainly appeals to the younger digital natives, and it’s also smart to create and integrate such content into your marketing program for all audiences and environments—online and offline,” said Nardozza.