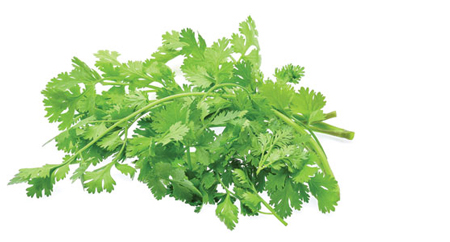 Cilantro has seen a normal summer end with prices rising thanks to turbulent California weather.

The heat waves that have affected many California crops are affecting volume, which is putting pressure on prices.

However, consumers haven’t seen any change in average retail price through the end of September.

While it remained lower than the price during the last two years for the analyzed period, it began to increase during the first week of September, said Paola Ochoa, Program Manager for Agtools Inc. BB #:355102

During week 39 of 2020 prices have surpassed those of previous years for the analyzed period. Further monitoring is needed to confirm if the trend of increasing prices holds, she said.

Prices for imported cilantro from Mexico follow a similar pattern to that of California product, Ochoa said. Product from both regions began at prices below those of last year for the same analyzed period.

Then, during the last week of August prices begin to rise and reach, at the end of week 39, levels higher than prices during previous years.

Los Angeles terminal market prices as well as the F.O.B. price, presents lower prices this year during August when compared to 2019 and 2018, Ochoa said.

Even during the third week of August there is a price difference of up to $20 between the 2018 price and the 2020 price. Since the second week of September the price has been higher and during the last week has been very similar to previous years.

The retail price in the Midwest has been very stable compared to previous years, so we can conclude that the increase in F.O.B price this year in September has not directly impacted consumer prices, Ochoa said.

When analyzing the prices for this product, we can conclude prices in the last week have been going up and we must monitor demand for this product to confirm the extent to which pricing fluctuations correlate to shifts in supply and demand.