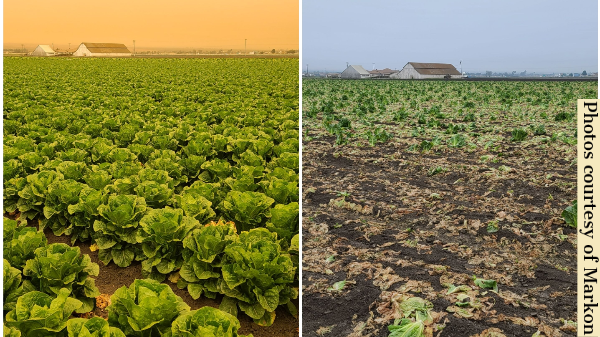 The photo on the right shows how air quality conditions have improved in Salinas, CA, one week after wildfires in the area.

After a heatwave was followed by wildfires, causing harvesting and shipping delays in Salinas, CA, area, conditions have improved.

Air quality has improved significantly, growers say, but ashes cover many of the crops.

“There is less distraction for anyone working in the agricultural sector, as evacuation orders have eased,” he said. “Most people were able to return to their homes Monday afternoon. These have significantly improved working conditions in the area.”

However, the ash left behind will cause problems for a while.

“Poor air quality due to smoke and falling ash on most of the Salinas Valley and all the crops continues to be an issue,” Shaw said. “As for the ash, it’s everywhere and impossible to remove altogether.

“Leaf lettuce crops that grow with open frames have more substantial amounts that get trapped in between the leaves. It is expected that most field-packed crops will have some ash on them. We do expect to see ash in commodity products for at least the next three to four weeks and will require thorough rinsing.” 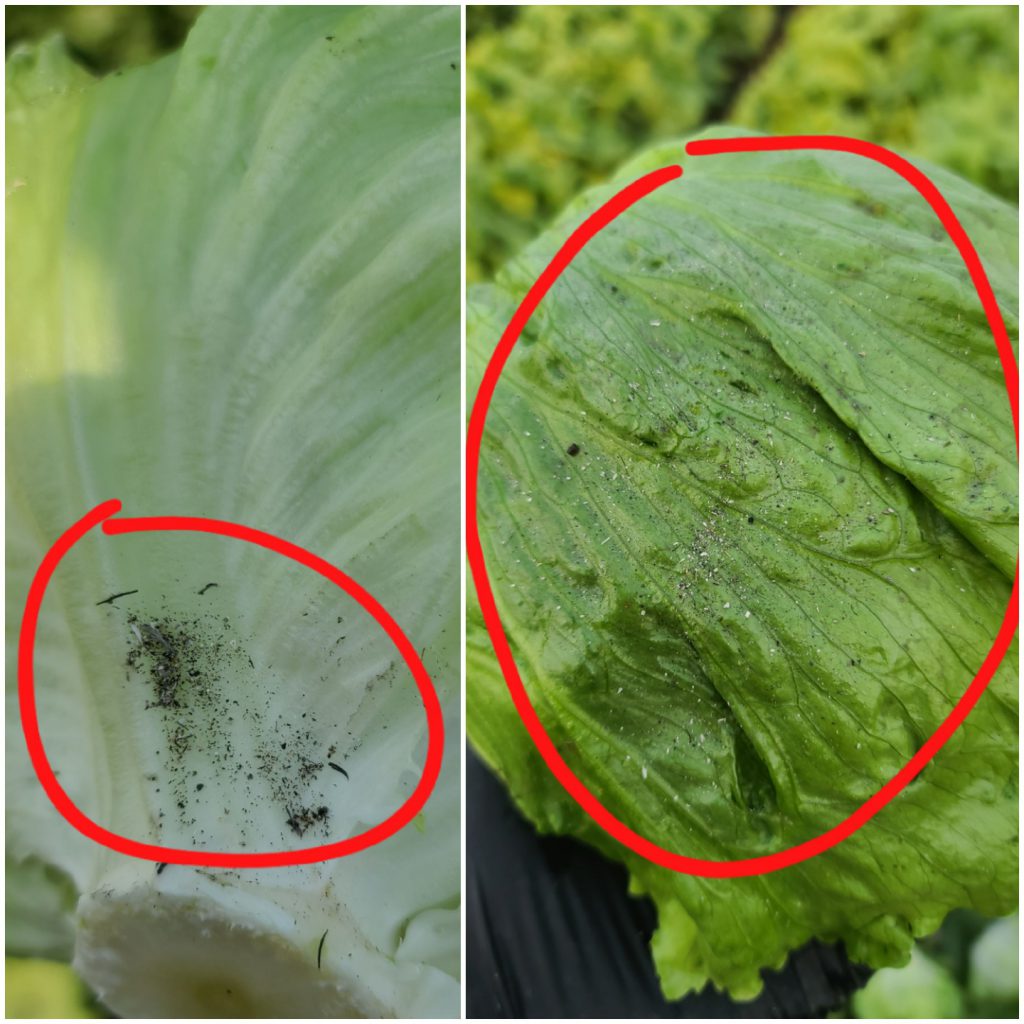 Looking forward, mild weather is forecast for this weekend, which should continue to benefit crops.

“As far as this weekend and next week, we expect things to progress, as long as onshore winds continue to keep flames moving south at a slow pace and keep ash and smoke out of the Salinas Valley,” Shaw said.

“This respite would allow harvesting to proceed as usual. Since air quality has improved, harvesting crews can focus on doing their jobs effectively like they always do.”

Shaw said Salinas area crops are still dealing with the heatwave that hit the valley August 13-17, and may be for the next several months.

“The jury is still out on how much the abnormally high temperatures have damaged crops, but the heat may potentially cause a supply shortage sometime between mid-October through mid-November (the end of the Salinas season and the beginning of the winter desert season).”

Markon sent this message to customers on August 26:

Field-packed items such as commodity green leaf and romaine are the most impacted due to their open frame that traps ash inside. Items such as celery and iceberg lettuce are more protected by wrap leaves or leaf tops that are trimmed/discarded during harvest, but a small amount of ash can still be found at the base of the heads or stalks. Lightly processed items (Ready-Set-Serve (RSS) Washed and Trimmed Romaine and Green Leaf, Whole Fillets, etc.) may also have a small amount of ash in finished packs. Our RSS Salads, Blends, Chopped Romaine, etc. will be virtually void of all ash.