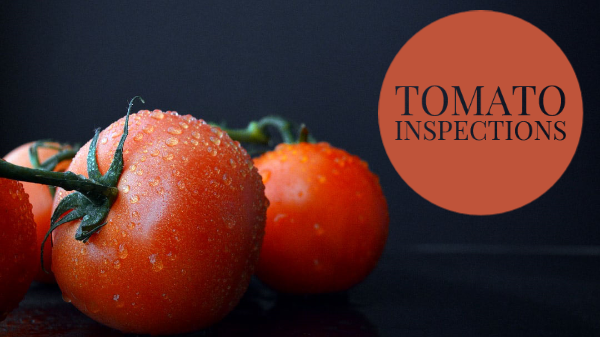 The big news in the fresh tomato industry for the past year has been the renegotiated Tomato Suspension Agreement, signed on September 19, 2019, between the U.S. Department of Commerce (DOC) and Mexican tomato exporters.

Among the agreement’s most controversial provisions was its stipulation that “beginning on April 4, 2020, USDA will inspect all Round and Roma tomatoes (including stem on) and grape tomatoes in bulk (those in retail packages more than two pounds) for quality and condition defects near the border after the product has entered the United States from Mexico.”

Other types of tomatoes, including those on the vine, heirloom tomatoes, and grape tomatoes in retail packages of 2 pounds or less, were excluded.

Some players in the industry objected to such comprehensive inspections, partly on the grounds that they could create severe bottlenecks at the border.

Negotiating the agreement pitted Mexican exporters and their American representatives against U.S. fresh tomato growers, who contended that their industry was being undermined by Mexican product.

Nearly five months later, how well have the border inspections worked? The answer will depend upon whom you ask, but Michael Schadler, executive vice president of the Florida Tomato Exchange, BB #:162441 whose members grow and ship 90 percent of Florida’s fresh tomato crop, offers these observations.

“We have been impressed with USDA’s ability to implement the inspections,” Schadler says. “They did so in a very transparent and professional way, and we appreciate the department’s hard work to make that happen. I recognize there were concerns among importers that the inspections were going to cause backlogs, but everything has gone pretty smoothly based on the market intelligence that we’ve received.”

Nevertheless, he said “the inspections were implemented in early April—just over six months after the agreement was signed—so they haven’t yet been tested during the peak winter volumes. That’s probably a good thing, since the USDA inspectors will have had 9 months of practice before the big volume from Mexico begins this January.

“Having said that, the agreement really hasn’t been tested very robustly in its first year, because tomato markets have mostly been pretty good. It’s only when markets are oversupplied that the agreement will be tested. With a few exceptions—most notably in March and April during the initial COVID panic—the tomato market has been pretty decent over the last year.

“The desired effect,” Schadler continues, “is to keep inferior quality tomatoes from hurting the overall market, which is mainly a problem during times of oversupply and low prices.”

One frequently cited claim said that this provision would require border inspections of 92 percent of imported Mexican tomatoes.

Some industry sources dispute this figure, contending that the exempt products—such as tomatoes on the vine—represent far more than 8 percent of imports, so that a more accurate figure for tomatoes actually inspected at the border would be closer to 66 percent.