Squash volumes typically drop in the summer as domestic producers supply the market, but this summer is seeing even lighter volumes.

VOLUME OF CONVENTIONAL SQUASH FROM MARCH 1ST THROUGH JUNE 26TH 2020 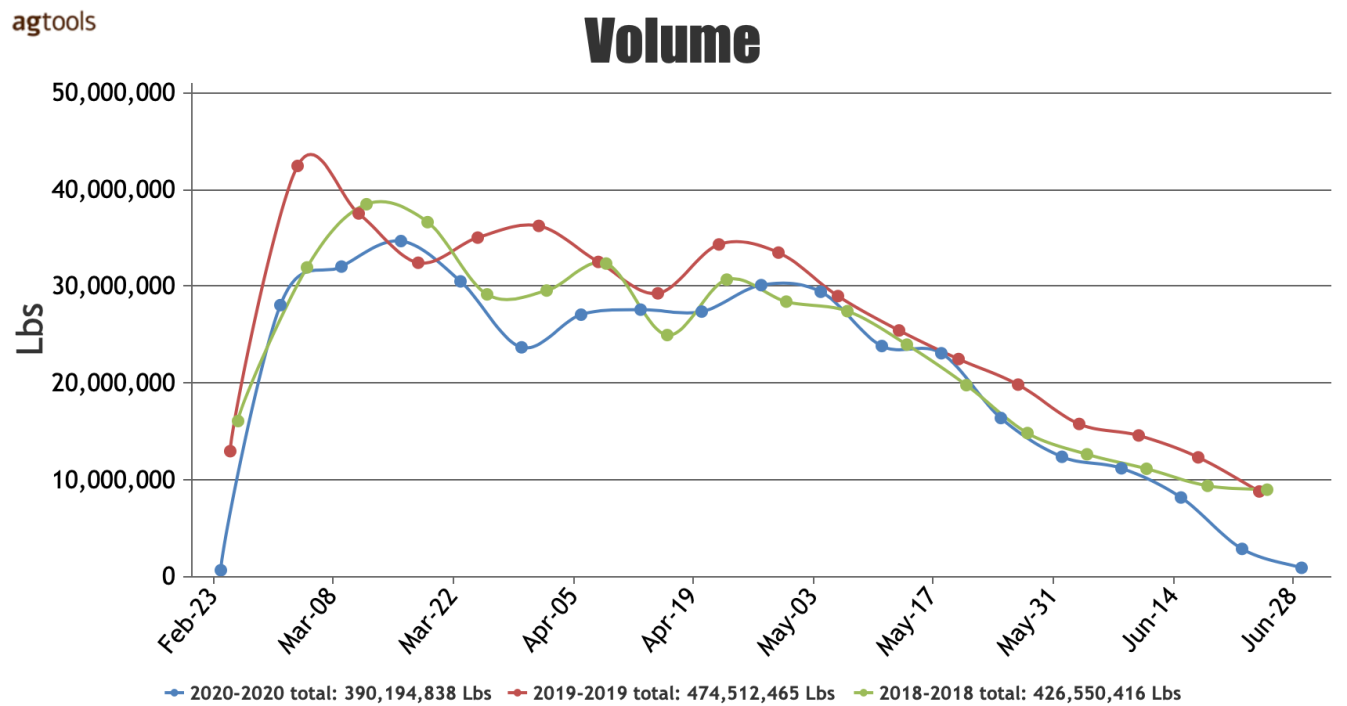 A review of the four month period from February to June of 2020 shows that this season’s volume has been the lowest of the last three years, said Paola Ochoa, program manager for Agtools Inc.

While 2019 was an increase of 11 percent over 2018, volume dropped this year and reached the lowest point of the last three years. Volume dropped 18 percent and 8 percent compared to 2019 and 2018, respectively.

Lower supply during the 2020 season is likely a factor in the upward pressure on F.O.B. prices, as will be observed on the analysis in the next section.

During the last week of May 2020, F.O.B. prices for South Georgia product began to increase and surpassed those seen during the analyzed period for both 2019 and 2018.

The beginning of the price increase coincided with the moment when supply dipped to its lowest level of the last three years. Price peaked at just over $23, more than double the level of 2019, through June 23. Afterwards, the price began to decrease.

In the case of squash from South Carolina, the price is also very high compared to the previous year. The late start of the South Carolina season is just as newsworthy as this year’s price of $25.

When analyzing the retail price so far this year in the Southwest region, we see that during February and March the price per pound was higher compared to previous years, which may be a direct result of the current crisis. Since April, prices have somewhat stabilized and have remained very similar to the prices we saw in 2019 and 2018.