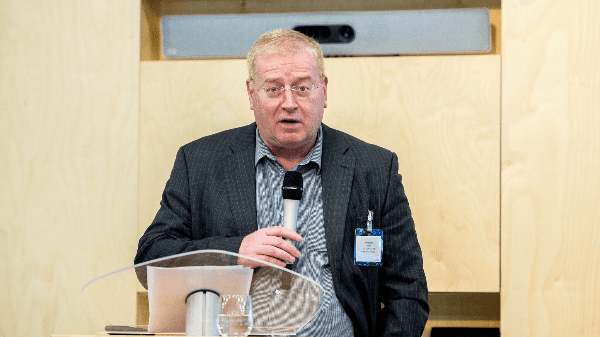 There hasn’t been a fresh produce supplier in the United Kingdom that hasn’t been impacted by Covid-19 in some shape, form or manner.

The big ticket items the fresh produce sector needs to address though, won’t go away.

They are all areas which have been accentuated by the pandemic.

The convincing election win of Boris Johnson has seen the UK begin the final process of leaving the EU. Yet there is still much to be agreed as to how our departure from the EU will work on the ground.

There is now just a period of six months to work out how this can be achieved. 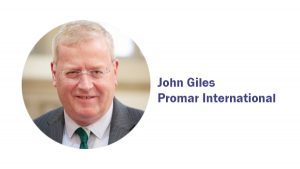 The threat of No Deal remains. Johnson has said he will walk away from talks if substantial progress hasn’t been achieved by the summer (that looks around now) and take the consequences of No Deal.

The European Commission says they still want to talk, but the UK is backsliding on agreements made earlier in the year. One of them has got this wrong, that’s for sure. This will go down to the wire at the end of the year.

So, where does this leave the much talked about UK – U.S. Free Trade Agreement?

Talks have started – this is a good sign. But you wonder, with packed agendas for Johnson (dealing with impact of Covid-19 and then Brexit) and then President Trump – who also must deal with economic impact of the pandemic and then has the small matter of an election too) – how much time can be given to this.

No doubt the civil servants on both sides will be working away on this – but can the knock out blows required really be achieved?

What you can be sure of is that agriculture and food will almost certainly be a sticking point. The UK is worried about a free trade deal opening opportunities for the U.S. to sell GM soybeans, chlorinated chicken and hormone treated beef to the UK.

Farmers in the UK are worried that agriculture will be thrown under the bus to get concessions in other areas of the negotiations. Consumers are also concerned and can find out about these issues, be they right or wrong, via a highly active social media.

Whether their concerns are well founded based on the available science or not is almost not the issue any more – this is how they feel.

And it would be a brave supermarket in the UK to boldly claim to its customers “our chicken comes from the U.S.”

The U.S. produce sector could get caught up in this. Exports to the UK (except for nuts) have all fallen recently for a variety of reasons.

In some cases, because of EU non-tariff barriers, but also as U.S. shippers have found new markets in the likes of Southeast Asia and the Far East.

Will U.S. produce exporters – given better market access – begin to reexamine the UK opportunity? With other global markets also under pressure, maybe they will, but they will also need to re build confidence with UK importers, retailers and consumers alike.

It looks like an action packed remainder of 2020 on both sides of the Atlantic. Watch this space.

John Giles is a Divisional Director with Promar International, the consulting arm of Genus plc, a global agri tech business with its shares traded on the London Stock Exchange. He can be contacted at john.giles@genusplc.com