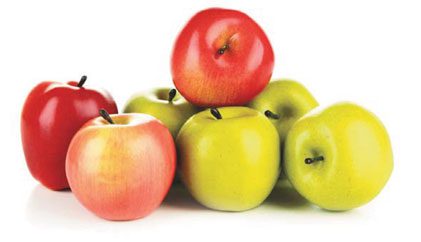 According to the groups, USDA’s analysis that determined apple prices and grower eligibility is fatally flawed and does not match the reality of what is happening in the industry.

“When USDA concluded that apple growers didn’t qualify because it had determined apple prices had not declined at least 5 percent between January 15 and April 15, every grower in America knew that wasn’t correct,” said Jim Bair, president and CEO of USApple. “But record-shattering stocks, combined with sluggish domestic and export movement, lead one to draw only one conclusion, apple growers have been hurt badly.”

USApple submitted more than 30 pages to USDA detailing actual sales data on more than 43 million bushels of apples, more than half of all the apples marketed in the three-month period.

Bringing the massive databases of USApple and the Washington State Tree Fruit Association to bear, bolstered with sales data provided by multiple USApple leaders across the country, the actual accounting of sales data paints a drastic picture.

“Had the data not shown a dramatic decline in prices, they would have run counter to simple supply and demand economics,” said Bair.

According to USApple, approximately 95 percent of U.S. apple sales are made between packer/shippers and large supermarket chains, but data from these sales were not captured by USDA and therefore were not included in the CFAP analysis. USApple’s data further demonstrates:

• Shipping volumes in the study period declined 24 percent.
• Stocks on hand are 15 percent larger than the previous record, and 26 percent above the five-year average.
• With less than two months until the new crop harvest, a record-setting 19 percent of the 2019 crop remains to be marketed.

“These data overwhelmingly make the case that apple growers meet USDA’s criteria for the direct financial support intended by Congress,” concluded Bair. “But, as of June 15, of the total $2.9 billion USDA has sent to more than 220,000 farmers, so far as we are aware, none has gone to an apple grower.”

Click here to read the letter and supporting data.