Papayas have shown resilience in the face of the pandemic and food safety problems.

Aside from a small blip in volume in mid-March, shipments and pricing have been similar to previous years, although overall volume is the lowest in the last five years.

That reduction could be food safety related, as papayas have been linked to eight salmonella outbreaks in the U.S. in the last decade, including one last summer.

That caused the FDA to call on the industry to reassess food safety efforts, saying, “We are urging growers, packers, shippers and retailers in the papaya industry to review their operations and make all necessary changes to strengthen public health safeguards.” 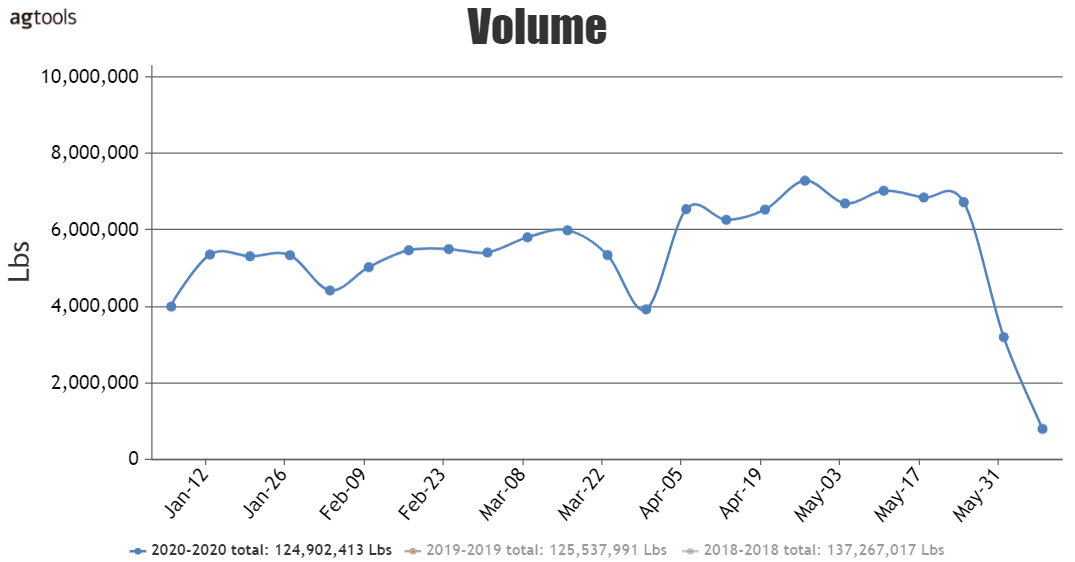 We can observe the volume on a monthly basis and see that it was a steady 5 million pounds with a small dip at the end of March followed by an increase to 7 million pounds by the 3rd of May, said Charles Harrison, executive vice president of Agtools Inc.

The volume in Mexico begins to decrease on the 18th of May as the season in that country comes close to an end for the year after producing 126 million pounds of papaya over the first five months of the year. 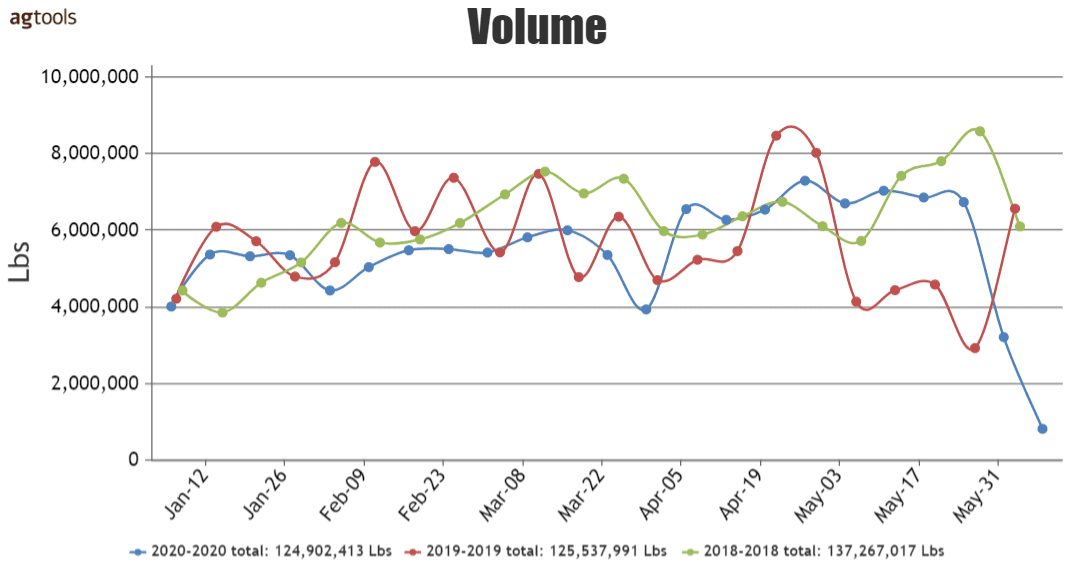 Comparing the last three years, we observe that the trends for the volume of Papaya entering the USA are very similar, Harrison said.

Comparison of the last 5 years 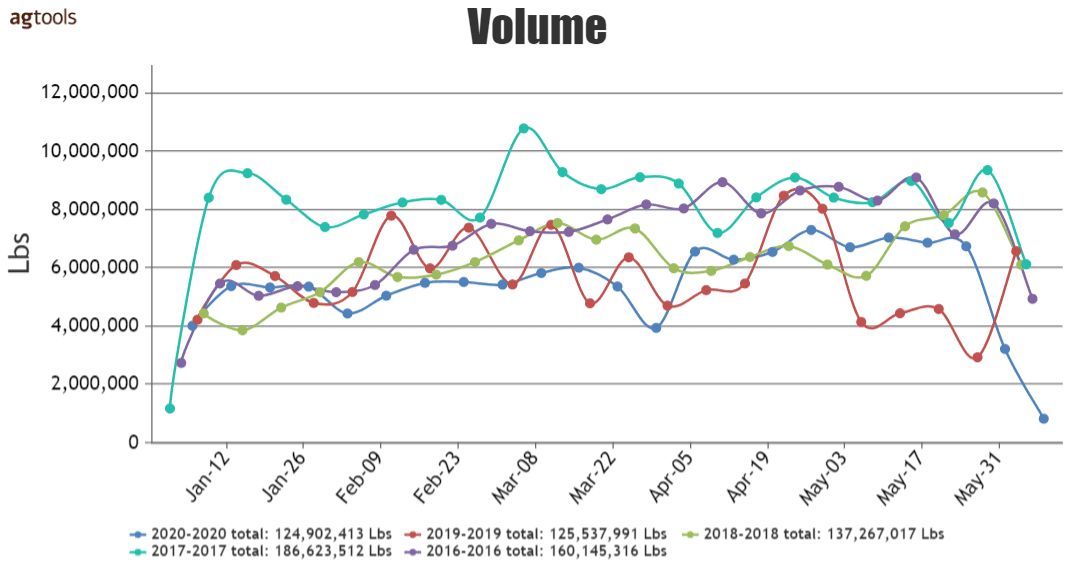 By comparing the last five years we can see the lowest production in Mexico in 2020 with the same pattern of volume changes over the five month period, Harrison said.

The best year in the last five was 2017 with volume reaching a high of 10.5 million on the 6th of March and consistently being higher than any other year.

The price comparison over the last three years at the Terminal Los Angeles shows that papaya, Maradol, size 12s, had very stable prices each year between the 3rd and the 7th of June, Harrison said. 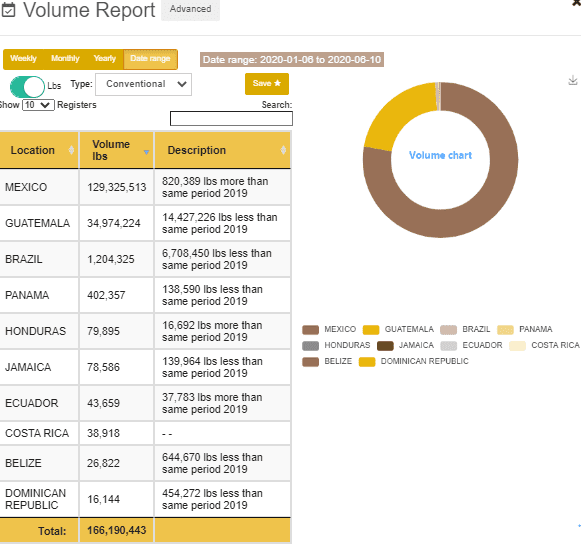 This year has seen a significant shift in production of Papaya compared with 2019. Mexico, the traditional leader in production, has increased slightly this year with a jump of 820,000 pounds vs last year.

The shift has taken place among other producers, such as Guatemala reducing production by over 14 million pounds, Brazil dropping by 6.7 million pounds, and other past major producers such as Belize suffering a reduction in papaya harvest of over 644,000 pounds, to a very small amount.