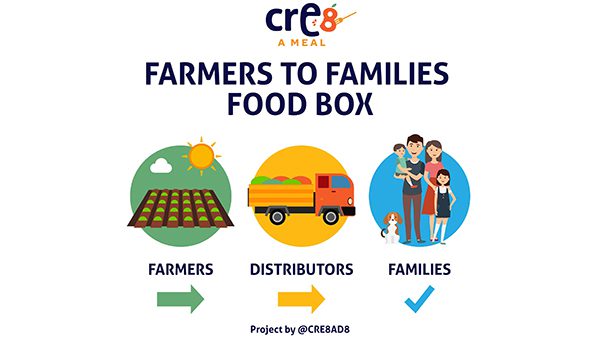 As the USDA touts more than 5 million boxes distributed under the Farmers to Families Food Box program, one of the largest contract winners has fulfilled only tiny fraction of its commitment.

The San Antonio Express-News has been covering wedding and event planner CRE8AD8’s $39 million contract under the program in-depth, and reported on June 3 the company had delivered only 685 of the contract’s estimated 750,000 boxes to the San Antonio Food Bank.

The food bank expects “several thousand” boxes from the company this week, according to the article “Established food companies lapping San Antonio’s CRE8AD8 in food box program,” by Tom Corborn. Other companies Corborn spoke to, including DiMare Fresh in Dallas, are skeptical CRE8AD8 can fulfill its contract by the June 30 deadline. San Antonio Food Bank CEO Eric Cooper also is concerned about receiving enough food to meet high demand.

“We didn’t take as much from contractors outside of our city because we were depending on our local contractor, and I hope that doesn’t leave me with no food to feed the families,” Cooper told the Express-News. “It’s just a tough place to be in because we just assumed that locally we would have our needs met.”

Meanwhile, companies across the U.S. have been distributing thousands of boxes a week. The USDA published a video on June 2 touting the success of the program, with more than 5 million boxes distributed to date.

A request for proposals for a second round of contracts is expected to be announced in the next few weeks, with a start date of July 1.