Aside from a mid-March blip in the market, artichokes have enjoyed a routine spring with strong supplies and steady demand.

Volume Comparison of Artichokes, Last 3 Years for Period of January to May: 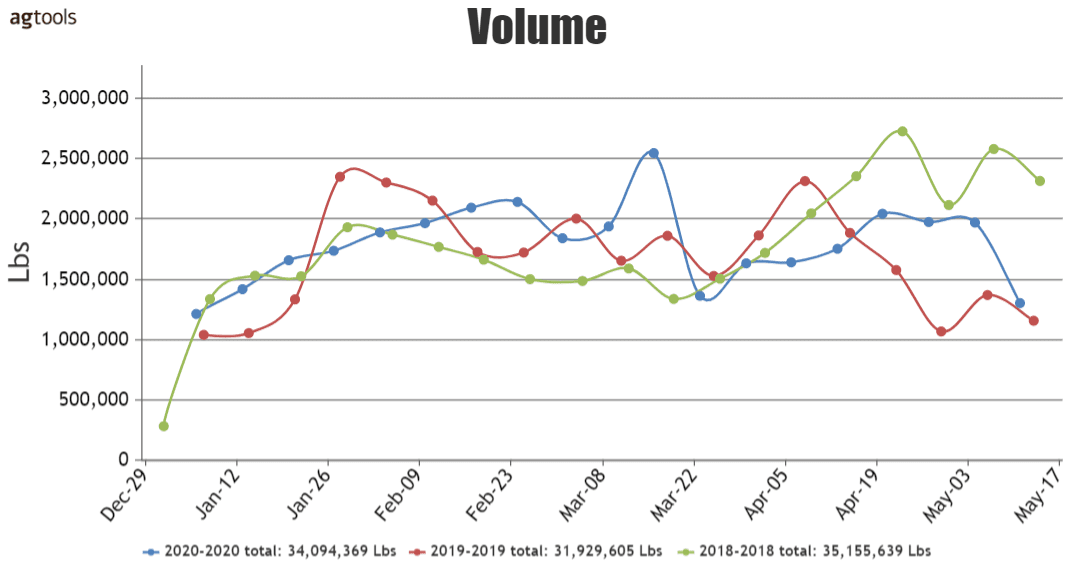 The volume of artichokes in the past three years, over the first five months of the year, has been very steady, said Martha Montoya, CEO of Agtools Inc.

The trend lines run in the same patterns of increases in early February and continuing upwards through mid-May. 2018 showed higher production towards the beginning of May reaching a level of 2.7 million pounds. This year, we observe a spike in volume in the middle of

March that is possibly attributed to consumers pushing the demand and overstocking this healthy vegetable, she said.

In 2019, the end of the production coming from the second region, which includes Mexico artichokes crossing through Southern California, ended on the 29th of April, Montoya said. After the 29th of April the artichokes from South & Central District California started producing and replaced the other region with a price of $17 per carton through the first half of May.

In contrast, this year the change from one region to the other took place 20 days earlier on the 8th of April, and prices have been slightly higher than last year, she said.

Reviewing the National Retail pricing for 2020, 2019 and 2018, during the same five month period, we can see pricing peaks early in the year, January and then again in late April, early May, Montoya said.

This is consistent for all three years. Recognition of the high nutrition value of artichokes and the variety of serving possibilities, including sautéed, lemon artichokes, and with hummus, have made this vegetable a high demand item particularly on the West Coast. 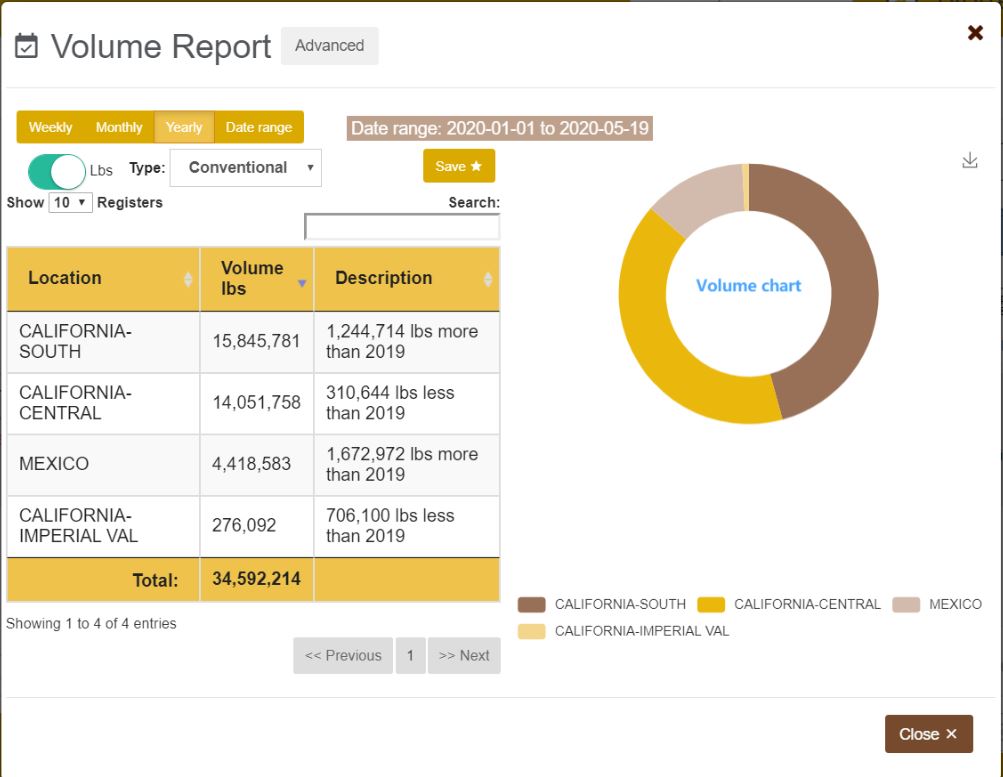 The production of artichokes is dominated by the state of California. As we can observe in the chart, California South and California Central represent over 86 percent of the volume in the USA market this year, Montoya said.

The South has had a bountiful harvest so far and delivered 1.2 million more pounds than in 2019 during the same period. Mexico is also an important producer of artichokes, the vegetable with more antioxidants than any other. The increase in volume this year in Mexico was 57 percent over the 2019 production.