Pineapples have been one of the hardest hit produce commodities, seeing volumes less than half of a normal year after mid-March.

Likewise, as demand dropped after stay-at-home orders started two months ago, prices began a steady decline. However, since the start of May, prices have shown some strength, suggesting some supply-demand equilibrium. 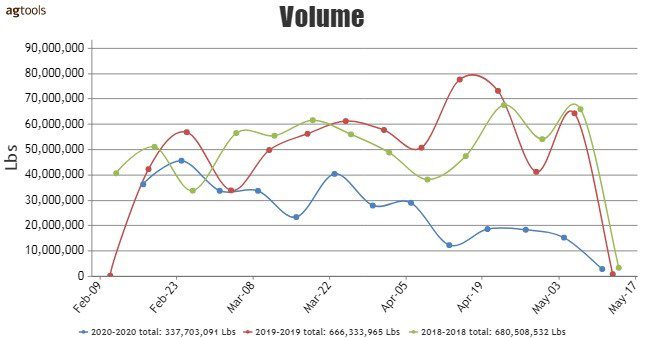 During early February, the volume was a little lower, but close to prior years. The best week was in February 24 with a total volume of 77.6 million pounds. By the end of February, the market started declining every week, reaching the lowest market on March 16th with 23 million pounds, followed by a small recovery and then a downward trend again, with new lowest volume in April 13, said Martha Montoya, CEO of Agtools Inc.

Blue Book has teamed with Agtools Inc., the data analytic service for the produce industry, to look at a handful of crops and how they’re adjusting in the market during the pandemic. When compared to 2019, the 2020 pineapple market has been very bad, she said. 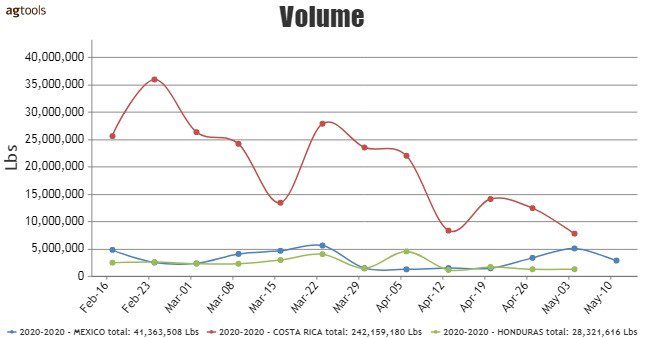 The volume coming from Costa Rica has dropped almost every week, Montoya said. The downward trend continues in May. The supply from Mexico is steady. Honduras has a slight downward trend. A drop of market of this size will be hard to recover when the economy reopens.

In February, prices were very similar to previous year, but when the pandemic started, the prices felt down to $5 on April 13. In early May the prices have been recovering. Today, the market shows an uphill trend and is at $8-10 per case.

The New York Market this year reached a peak in March 17th of $24, and then it started declining to the range of $8-10. Current market price runs $15-16. This market may continue to increase during the current week, she said. 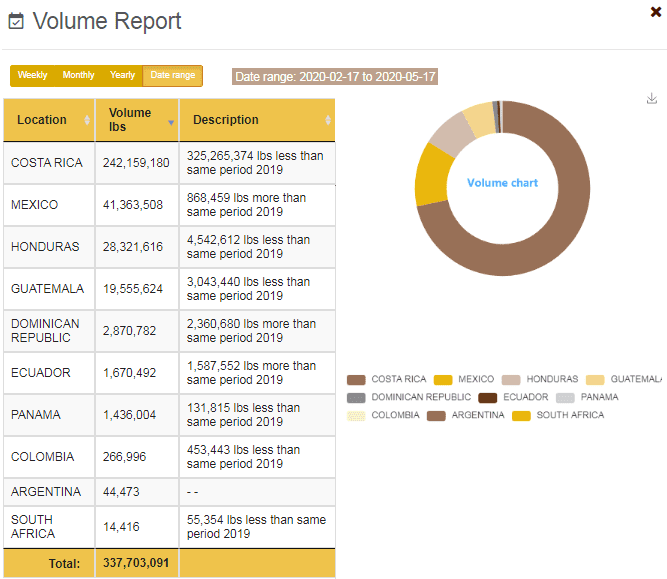 Total volume of pineapple for 2020 has dropped 50 percent from mid-February to mid-May compared to 2019. The most affected supplying region is Costa Rica and to a smaller extent, Honduras, Montoya said.

Costa Rica represents 71 percent of the total volume for this time frame. Even though their volume has dropped 57 percent, they are the main supplier by far. Mexico, the second largest supplier has grown a marginal 2 percent in the same period. Honduras as the third largest supplier has dropped 14 percent. All these three regions supply 92 percent of the total pineapple market.