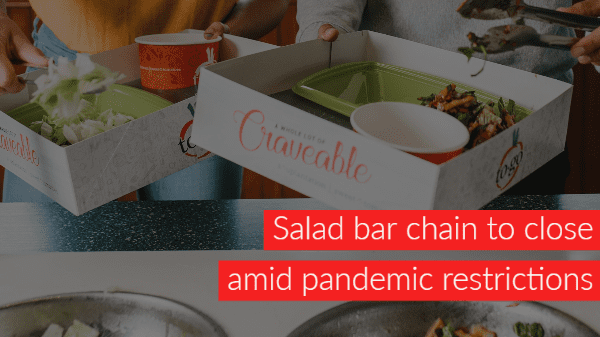 The parent company of Sweet Tomatoes and Souplantation restaurants plans to file bankruptcy and does not see a path to reopen any of its nearly 100 restaurants.

“The regulations are understandable, but unfortunately, it makes it very difficult to reopen,” he told the newspaper where the company is based. “And I’m not sure the health departments are ever going to allow it. We could’ve overcome any other obstacle, and we’ve worked for eight weeks to overcome these intermittent financial challenges, but it doesn’t work if we are not allowed to continue our model.”

In a May 7 interview with Nation’s Restaurant News, Haywood said the company watched Georgia be one of the first states to ease lockdown restrictions, including for restaurants, but it didn’t allow the company’s four buffet-style restaurants in the state to open.

After that, he said he doesn’t see a path forward for the company.

“Anything that’s communal, eater-tainment or buffet — anything that brings people together in groups is going to be challenged” to reopen, he told NRN — even in states where restrictions have been lifted like Georgia.

Haywood said the company has been losing about $1 million per week since mid-March when it closed all 97 of its restaurants.